CHILLICOTHE, Mo. — An arrest of a Pleasant Valley man was made Sunday by the Livingston County Sheriff’s Office. 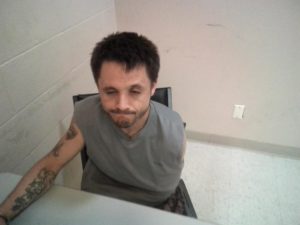 A press release states the arrest was made Sunday when officers were summoned to a location in the Wheeling, Mo. area for reported domestic assault and trespassing. A deputy responded to the location and learned an adult female was claiming to have been physically assaulted.

Ritchie is also on probation for controlled substance distribution and possession.

He was taken to the Daviess Dekalb Regional Jail and bond was initially placed at $10,000.