Possible fatality associated with Platte County wreck on I-29 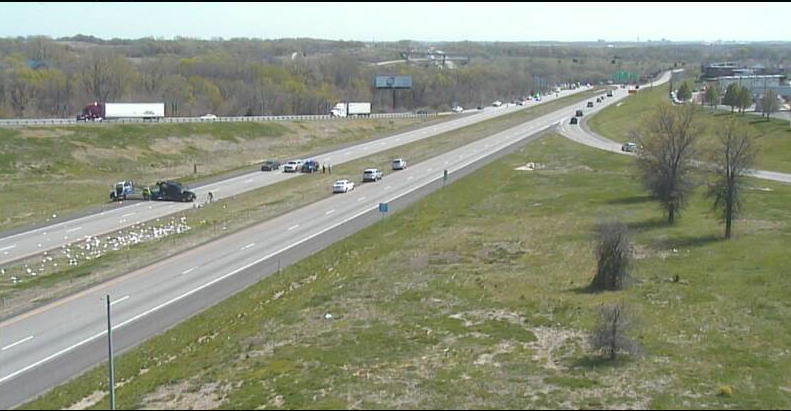 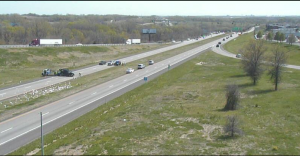 UPDATE: 7:00 p.m. – The Missouri Highway Patrol reports the crash occurred partially as the result of a northbound vehicle, moving through the southbound lanes of I-29.  That vehicle, driven by Delma George, 79, of Platte City, collided with a second vehicle, driven by Matthew Prince of Omaha, Nebraska.  According to the crash report, George’s vehicle was then struck successively by two semi trucks.  She was pronounced dead at the scene.  Prince sustained minor injuries, and was taken to Mosaic Hospital in St. Joseph.  Stephen Judd, 56, the driver of one semi truck, was transported to North Kansas City Hospital with minor injuries.

A KMZU listener reported a motor vehicle accident on I-29 in Platte County at Highway 92. Emergency crews have been on scene since just before 1 p.m. Thursday, April 14, 2016. Media in Kansas City is reporting that it is a fatality accident. Additional reports indicate a second wreck occurred in the area due to the traffic back up.

The SCOUT camera system provided by the Missouri Department of transportation shows traffic backed up in the both the North and South bound lanes of I-29.

Motorists should avoid the area and find an alternate route. There’s no word on how long the closure will last.

Turkey Harvest Numbers Are Up After One Week

California Man Injured in I-70 Wreck