30 U.S. Senators have introduced the “Preserve the Waters of the U.S. Act.” S. 2245 would stop the Environmental Protection Agency and Corp of Engineers from issuing their “Final Guidance on Identifying Waters Protected by the Clean Water Act.”  The guidance is seen as a way to significantly expand the regulatory reach of the two agencies by eliminating the term ‘navigable’ from the Clean Water Act.
If finalized, the guidance has the potential to make it more difficult for Americans to build in their backyards, grow crops, manage livestock, expand small businesses and carry out other activities on private lands. National Cattlemen’s Beef Association President J.D. Alexander says the legislation puts up a roadblock to EPA’s intentional end-run around the rulemaking process and Congress.
American Farm Bureau Federation President Bob Stallman says – expanding federal jurisdiction in this manner-well beyond the words and intent of Congress and the limits affirmed by the Supreme Court will harm farmers, ranchers and private landowners nationwide. Farm Bureau urges swift approval of the Preserve the Waters of the U.S. Act.
NAFB News Service

Roll Over App Designed For Tractors 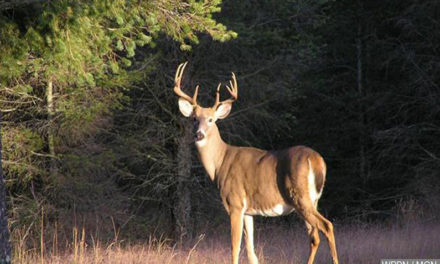 $460,000 grant presented to MU to fight against tick-related diseases in cattle