Next week is Rail Safety Week in Missouri, and MoDOT is working to get the word out about rail crossing safety.  Click to hear KMZU’s Chris Perkins talk with MoDOT Rail Administrator Rod Massman about next week’s events.

Getting There – Is It Worth Your Life?
Missouri Agencies Promote Rail Safety Week on April 25-29

JEFFERSON CITY – The statistics are alarming. Nearly every three hours, a person or vehicle is hit by a train in the United States. That raises the question, getting there – is it worth your life?
In Missouri, which is in the top 10 of all states in terms of railroad operations, there was an increase in highway-rail crossing collisions last year from 32 in 2009 to 41 in 2010.  Those incidents resulted in eight fatalities, two more than in 2009.  Nine pedestrians were killed while walking where unauthorized on railroad property or tracks compared to 12 in 2009.
Gov. Jay Nixon has proclaimed April 25-29 as Rail Safety Week in Missouri. The Missouri Department of Transportation, Missouri State Highway Patrol and Missouri Operation Lifesaver will co-sponsor the special week with several efforts aimed at educating Missourians about the need to follow safety rules at railroad tracks and be careful around railroad property.
MoDOT has produced public service announcements in accordance with the national Operational Lifesaver organization’s “Getting There – Is It Worth Your Life?” campaign.  The PSAs effectively draw attention to the choices motorists and pedestrians face every day at railroad tracks and/or crossings: whether to follow rail safety rules or potentially pay a deadly consequence. After all, there are more than 4,000 miles of railroad tracks and nearly 4,000 public highway-rail crossings in Missouri. The PSAs will be provided to media and will be available to the public on YouTube at www.youtube.com/modotvideo by Monday, April 25.
MoDOT will also host an online quiz during the week, providing a fun and rewarding opportunity to learn about rail safety.  Take the “Train Your Brain” quiz and enter to win great prizes throughout the week at www.modot.gov.
In addition, positive enforcement events will be held in several communities across the state.  MoDOT, Missouri Operation Lifesaver, Missouri State Highway Patrol, Metrolink St. Louis, railroad and local law enforcement staff will team up to conduct public rail safety presentations at several locations during Rail Safety Week, including:
· Saturday, April 23: Kirkwood – 8 a.m. to 2 p.m. – Amtrak Station, 110 W. Argonne

Additional education and enforcement events will be scheduled throughout the remainder of the year as needed to target counties with the highest number of highway-rail crossing incidents. 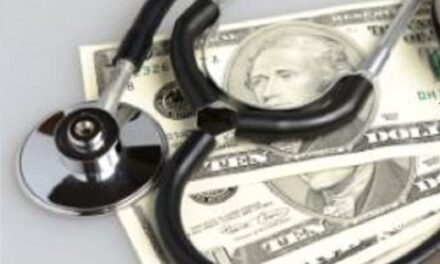