Listen to the audio story below: 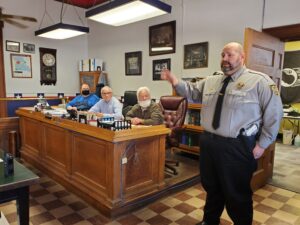 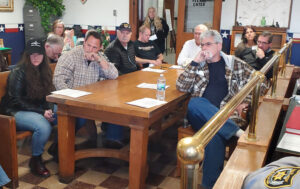 At least 25 audience members showed their support in the unanimous decision by the Ray County Commission. The court order, much like an ordinance, reaffirms the U.S. and Missouri constitutions’ protections to keep and bear arms. It also supports current legislation for  statewide Second Amendment preservation laws being considered, HB 85  and SB 39. Retired attorney Lynn Meredith, who helped shape the document’s language says the anti-commandeering clause is important. She explains why.

That stipulation was argued before the U.S. Supreme Court (Printz v. United States) in liquor enforcement during Prohibition.

It also serves as a pre-emptive move against an anticipated assault weapons ban.

The first-year sheriff calls the court order a formality and a show of unity between the county commission and local law enforcement. Audience members, like David Ballard, had questions on the extent of local authority.

The order makes two exceptions for gun ownership – convicted violent felons and those deemed a danger to themselves or others by a judge. The sheriff got some pushback from the crowd questioning how a person is determined to be mentally competent.

The court order was supported by Richmond Mayor Mike Wright.

At first, presiding commissioner Bob King wanted to get a legal opinion from Camille Johnston, county prosecutor who serves at the county’s attorney. Due to time constraints, she was unable to provide direction.

Meredith says Ray County’s court order is similar to DeKalb County’s Second Amendment sanctuary county resolution. King says the wording from Childers’ document presented to the commission will be formally adopted and signed into an order. (To view document, click on the link below). 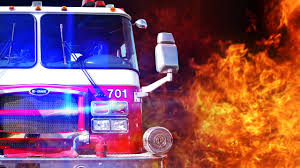