The Concordia Sister of Liberty Statue is back on her newly-placed pedestal.  Click to hear KMZU’s Sarah Scott speak with Lions Club President Fred Droege:

The statue was first put up in 1951, and dedicated in June of that year by the local boy scout troop.  “And I was there, at the grand age of 13, when that took place,” said Droege. The idea originated with a leader of the Kansas City Area Council in 1948.

The original goal with the project was to increase awareness of the spirit of the United States with the “little sisters” of Lady Liberty. “That was a really big thing at the end of World War Two and the start of the Cold War, and I think that’s still appropriate today,” said Droege.

2013 marks the 75th anniversary of the Concordia Lion’s Club, which was formed in 1938. “And we were looking for something kind of special to commemorate that,” said Droege, “Most everthing that we do is community related, some kind of community service.  But most of what we do targets individual groups or organizations.”  They looked for something that would benefit the entire community, and noticed the statue needed some work.  It was damaged with age, had been painted an unsightly color, and a tree had been planted too close to the base.

The Lions Club went to the City, and received approval to rennovate and move the statue.  “The park usage has changed over the years.  Where it was originally located, over in the southwest corner of the park, it was kind of a fairly good focal point at that time, and for the usage that the park had.  But now we have gotten additional ground to the park,” said Droege, “We thought it would be better for general visibility and general use out close to…Main Street, instead of being hidden back in a corner.

The Lions Club did some fundraising for the project. They recruited other organizations and individuals to help with the expense. The base has been moved and the statue was put back up this month. “We’ve got still some things to do.  Like a walkway around it and getting the lighting hooked up.  We’ve decided it would be nice to have some lighting on it to provide evening visibility. And we want to another plaque up to commemorate the refurbishment,” said Droege, “And that’s where we’re at now with it.” Future plans also include a couple of benches near the walkway.

The total project is expected to cost about $28,000.  It cost about $9,000 for repairs to the statue itself. Some parts had to be replaced, some dents smoothed out, and it was repainted.  The base cost in the area of $18,000. “We thought that was quite high when we first got into that, but the committee for the statue project decided it would really be nice to keep that same base that it had originally because it is very similar to the base of the original statue in New York Harbor,” said Droege.  Concordia’s statue has a stone base with an eleven-point star and a stone pedestal going up to the feet of the statue.

The Lion’s Club still has between $2,000 and $3,000 to raise. Droege said they anticipate receiving about $1,000 from an organization in the near future. “But we would not turn down donations from anyone in the public, because we think it’s a great beautification project for the city and the park, besides being a community spirit project and a national spirit project.”

The Lions Club has started planning a ceremony to celebrate the Sister of Liberty’s completion. A date has not yet been set.

“I think when this is done the Concordia Lions Club will have a project that they and the City can be proud of,” said Droege.

Motorcyclist injured in collision with car in Cole County 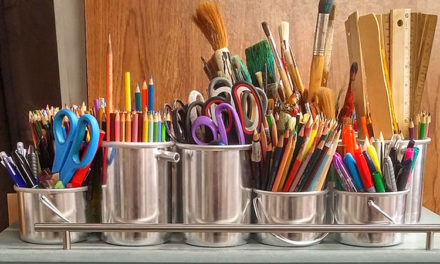