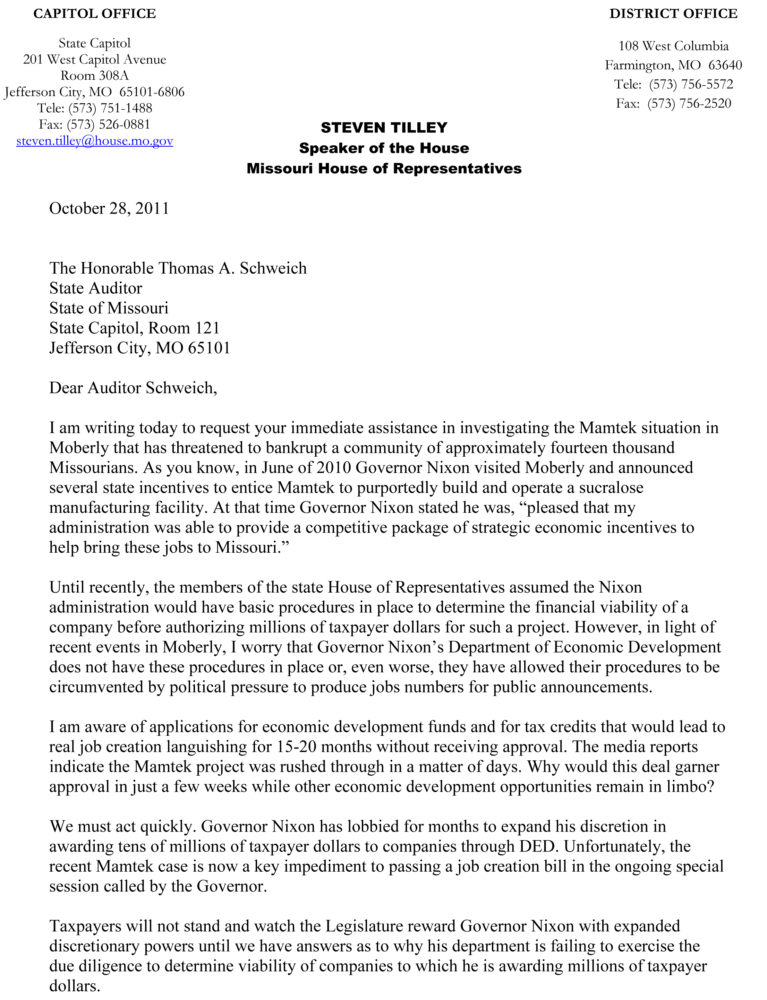 JEFFERSON CITY, MO – It’s an understatement to say I was both astounded and deeply disappointed to learn of the request by Missouri House Speaker Steve Tilley for an audit of the City of Moberly in regard to the Mamtek project. Two statements in Speaker Tilley’s letter of request particularly disturbed me. They were, “…the Mamtek situation in Moberly that has threatened to bankrupt a community” and “request [an]…audit [of] the City of Moberly so that its citizens are not left to wonder for years what will happen to the city in light of the Mamtek failure.” There is no factual basis for these statements and political rhetoric of this type only worsens and already difficult situation.

The Mamtek Bond documents clearly state that the City is not required to use City funds to make payments on the Bonds. The Trust Indenture governing the terms of the Bonds states that “[t]he Bonds and interest thereon shall not constitute a general obligation of the Authority, the City, or the State [of Missouri], and neither the Authority, the City, nor the State shall be liable thereon.” Bond documents similarly provide that the Bonds shall not “constitute or give rise to or impose upon the Authority or upon the City a pecuniary liability or a charge upon the Authority’s or the City’s general credit.” The offering documents for the Bonds also note that “nothing in the Financing Agreement shall be construed to require the City Council to appropriate any of its own funds to make payments.” Rather, the Bonds are payable solely out of revenues from the Project paid by Mamtek under the Management Agreement and from no other fund or source of either the Authority or of the City. Perhaps “a simple Google search” would have clarified the city has NO Bond liability, is not in danger of bankruptcy and that there is no need to fear for the city’s future.

Regrettably, for weeks the City of Moberly has been a political pawn in the midst of a media-frenzy both statewide and nationwide. In the meantime, good discussions continue to occur that could produce a positive resolution and the jobs everyone so badly desires. For those that are working 24/7 on the ground to salvage “jobs” in the midst of this situation, outside influences and demands continue to consume their time taking away from their ability to resolve the issue in a timely manner.

“Due diligence” has become a buzzword throughout the Mamtek discussions. Should politicians and others complete their “due diligence”, misinformation and time-consuming obstacles of this type would disappear. That would allow those working to resolve the issue the time to do so. Moreover, taxpayer money would not be wasted on another duplicative and unnecessary investigation. I do not fear investigations; however, I do question how many are necessary to complete the task.

I call on this community and specifically it leaders to stand with Mayor Bob Riley and Moberly Area Economic Development Corporation (MAEDC) President Corey Mehaffy and his team, the City Council, the MAEDC Board and the Industrial Development Authority. They have done nothing wrong, have nothing to hide and do not deserve to be the butt of ongoing misinformation and criticism. I trusted them at the outset of the Mamtek project and I trust them today.

Let this, too, serve to put the headline seekers, scandal mongers and Bob Woodward wannabes on notice: If you come to Moberly, come bearing the facts or expect to be called out by the community regardless of who you are or what position you hold. It’s time for the jokes, rumors and outright misinformation to cease.

We live in a tremendous community with much for which to be thankful. We can allow the Mamtek situation to tear us down or build us up. I choose the latter for I believe our future is positive regardless of Mamtek’s final outcome. On the other side of this challenging season, we will be stronger for having been on the journey. We will survive and thrive – politicians and others just need to get out of our way so we can proceed to do so!

In the interim, I will request that Governor Nixon and Auditor Schweich disregard Speaker Tilley’s request for an audit in the interest of saving taxpayers money and recognizing the inappropriateness of the request. 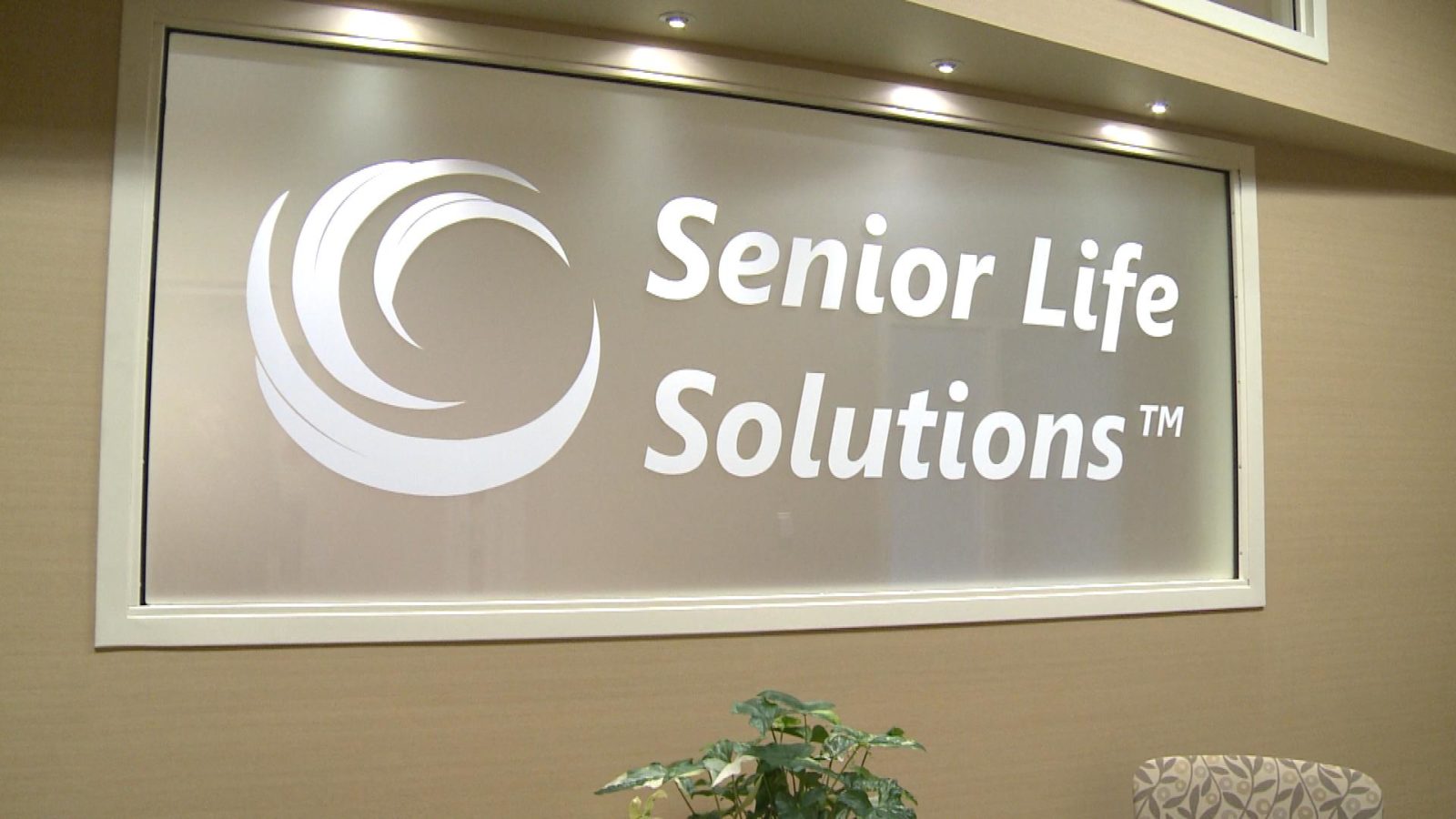