“The importance of community involvement really came to life last night as we presented these awards,” said Brohammer,” The crowd all stood up as each winner was announced and came forward.  That really showed that people are eager to recognize and do appreciate the extra efforts that folks put out to make Richmond a strong and viable community.”

According to Brohammer, board member Beverly Holloway was presented the first annual Star Award.  “Every time something comes up, Beverly is one of the first, if not the first, to stand up and go to work on the project,” said Brohammer,” She served as a co-chair for the last mushroom festival and she’s been active in other festivals we’ve held.  Beverly is just always there and ready to go to work.  She chaired the fireman’s appreciation dinner and just really puts out the extra effort.”

Later in the evening, Mark Harmon was named as the member of the year.  Click to hear KMZU’s Kristie Cross talk to Harmon:

“Anytime Fitness and I came to Richmond about a year ago and we just really feel in love with the community,” said Harmon,”We started giving back as much as possible and getting involved.  We started a couple of events.  We did the turkey trot which will be in its second year in 2012.  Last year with that we raised funds for local organizations.  This year it will go to the Richmond Spartan’s Touchdown Club.  We also did the Outlaw 5k/10k which was a great event, too.”

Later in the evening, the makeover award was presented to the Ray County 911.  Click to hear KMZU’s Kristie Cross talk to Director Nathan Preston:

“The majority of this whole side of the square is over 100 years old and build in the 1880’s,” said Preston,” When you have those buildings built like that, they all tend to lean on one another and we’re on the end, so our building was leaning a bit.  We hired a company to come in and they drilled all the way down to the bedrock and shored up the foundation.  Now, we are no longer leaning.  Then we did stucco on the front.”

Before the conclusion of the evening’s events, Swafford Ford was named as the 2012 business of the year.  Click to hear KMZU’s Kristie Cross talk to Rob Swafford:

“Without our community, we wouldn’t be in business and, without business, I don’t think we would have much of a community, so it ties hand in hand in my mind,” said Swafford, “It’s something that all of our employees do, not just something that Bob, Gary, or Rob Swafford does.  Many of our employes are involved in area churches and youth organizations.  It’s a key driver of what we set out to do every day which is to help those around us and serve our customers.”

Also honored at the banquet was Friends of the Farris Theater.  The group was presented with the 2012 achievement award. 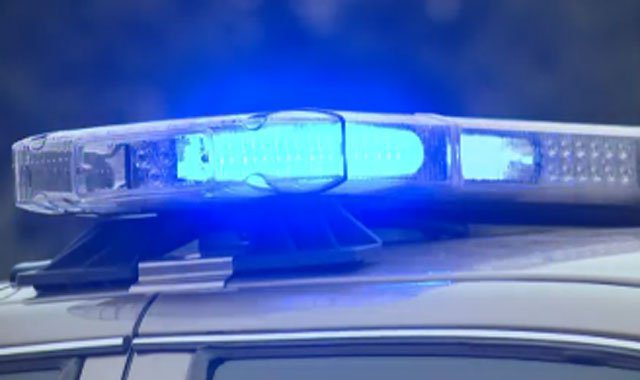 Saline Co. Accident Sends One to the Hospital