RICHMOND, Mo.- Richmond City Council met yesterday for their last meeting of July. A prayer and the pledge of allegiance opened the meeting followed by the call to order and roll call.  An appearance by Rep. Joe Don McGaugh was next on the agenda. Rep. McGaugh started off his discussion by going over the Fiscal Year 2016 State Operating Budget. There was a $84M increase in elementary and secondary education, a $30M increase in higher education, and salary increases for members of General Assembly were rejected along with cuts in travel expenses for executive agencies.  Rep. McGaugh also went over SB5 (Senate bill), which limits the amount of revenue municipalities can generate from traffic tickets to 20% which is down 10%.  There was a full list of House and Senate bills that he went over, some vetoed some passed.

After Rep. McGaugh was finished the council moved on to reports by standing committees. Nothing of substance was brought forth by either the Finance Committee, Ordinance Committee, Public Works Committee, and Public Safety Committee. The City Administrator reported on the drainage project that is almost complete, also on Carrollton possibly acquiring an Amtrak Station and request support by City of Richmond council members.

Next on the agenda was in regards to numerous different public meetings relating to the increase and stabilization of sewer rates. A bill was brought forward to the council in form of an ordinance amending an original section of the Municipal Code of the City of Richmond regarding sewer rates. After hearing from the public the bill would have kicked down rates for a number of residents but raise rates for low-income housing residents. A concern one councilmen had was the rate increase on commercial businesses and the effect that would have on potential businesses coming to the area. The bill needed five votes to pass and only 4 council members were in support of the bill while 3 voted against it. In turn the bill was not adopted.

The meeting was adjourned and moved into closed session following unfinished business. Richmond City Council will meet again Tuesday, August 11, 2015, at their usual time of 6:30 p.m.

One Injured in Clinton Co. Accident 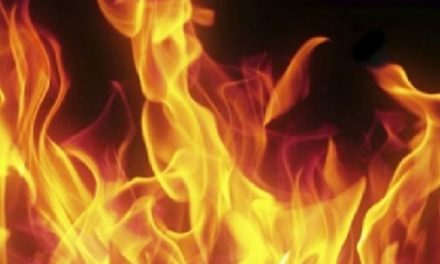 Residential fire does damage in Marshall