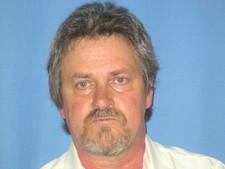 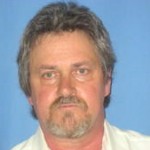 Following his conviction in late April for attempted enticement of a child, a Richmond, Mo. man was sentenced Wednesday to 19 years in prison.

Ricky Arnold, 51, exchanged texts over several days, which included messages of a sexual nature with whom he thought was a 14-year-old girl in the summer of 2013. It was actually an undercover detective with the Lafayette Co. Sheriff’s Office Cyber Crimes Unit. Arnold eventually set up a rendezvous in Higginsville and when he arrived was taken into custody by local authorities.

Arnold already had three prior felony convictions leading the Judge to impose the recommended sentence by Prosecutor Kristen Ellis.

Ricky Arnold, 51, Richmond, Missouri, was sentenced to 19 years on an Attempted Enticement of a Child case. The sentencing took place following a one-day jury trial litigated by Lafayette County Prosecuting Attorney Kristen Ellis, which took place on April 24, 2014. A Lafayette County jury determined that Arnold was guilty of the Attempted Enticement of a Child because he was communicating with a person he believed to be a child less than fifteen years old for the purpose of engaging in sexual conduct with that child.

Charges were filed against Arnold after a detective with the Lafayette County Sheriff’s Office Cyber Crimes Unit was conducting online undercover chat operations and was contacted by the defendant. The detective was masquerading as a 14-year-old girl and even after telling Arnold he was a 14-year-old, Arnold continued communicating with the detective via text messages. Arnold’s texts became sexual in nature and after several days of communicating back and forth with the person he believed to be a 14-year-old girl, he made arrangements to meet this “girl” at Buck’s Country Mart in Higginsville. When Arnold arrived at the Country Mart parking lot, he was taken into custody by officers from the Higginsville Police Department. During the trial, when being questioned by Prosecutor Ellis, the defendant admitted he didn’t believe he could get in trouble for communicating with the underage girl unless she actually got in the car with him. The defendant repeatedly referred to the communication he was having with the person he believed to be an underage girl as being a game.

Lafayette County Prosecutor Kristen Ellis represented the State at sentencing. Ellis advised the court the State was recommending a sentence of 18 to 20 years in the case because of the nature of the charge, the criminal history of the defendant which includes three prior felony convictions, and the attitude the defendant displayed while testifying. The court followed the State’s recommendation, pronounced a 19-year sentence and then remanded the defendant to the custody of the Sheriff for delivery to the penitentiary.

After the hearing Ellis stated, “Arnold is a persistent felony offender who sought out a young girl online and after communicating with that person for a couple of weeks, made arrangements to meet her at a grocery store in Lafayette County. This defendant made it clear through his testimony at trial that he did not regret his behavior but simply believed what he was doing was part of a ‘game’. Fortunately, the other participant in the defendant’s game was a law enforcement officer, this time. The only way to keep this defendant from seeking out another young girl or committing some other type of crime was to give him a lengthy prison sentence. We are pleased the court followed our request and did just that.”

Court dates to be set in case against murder suspect