Run For The Special Olympics

Ketchem says there are around 1,100 runners from 132 agencies throughout the state participating in this event. Many different events will take place to raise money for the Special Olympics, including a new text promotion. Supporters can text SOMO to 85944 to make a secure $10.00 donation to Special Olympics Missouri in support of law enforcement. “Special Olympics is the charity of choice for law enforcement across the United States. Our goal this year is to raise 2.3 million dollars through various fundraisers for our athletes.”

Ketchem says two years ago Missouri hit the 2 million dollar mark with fundraising efforts. “Law enforcement raises the money through different events; selling t-shirts for the Torch Run, Polar Plunges, tip-a-cop events, over the edge and many others.”

The Torch Run began May 20th and will conclude on May 31st throughout the state of Missouri. “We set up legs in different towns and cities in Missouri, we run our route then the torch is passed off. It is not one continuous leg because of time constraints, highways and other limitations, but we do keep the torch moving throughout that time to get it to Columbia for state games.”

Ketchem says there are 16,700 special athletes in Missouri. “I would encourage the public to help support our athletes because it is a very worthy program.” 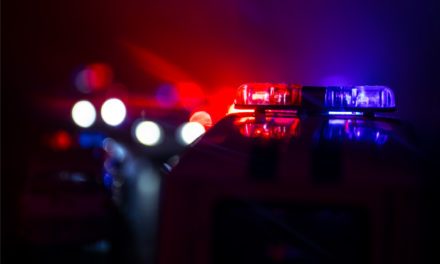 816-586 Landline Numbers Down in Kingston