District play continues in High School Football tomorrow. The Game of the week is back in Richmond as the Spartans host Oak Grove. Panthers’ Head Coach Pat Richard expects a pretty straight ahead approach from both sides.
The Game of the Week preview show gets under way at 6:45pm tomorrow night. Kickoff is at 7:00pm.

Fresh off their first win of the season, the Carrollton Trojans have a tough task this week. They visit the Higginsville Huskers in game two of District play. Huskers Head Coach Steve Cook says his defense is every bit as good as his highly touted offense.
Catch all the action Friday night on AM1430 KAOL and 101.3 “The Grenade.” Trojans’ pregame begins at 6:45pm. Kick off is at 7:00pm.

A big day for the Norborne Lady Pirates softball team tomorrow. They begin their State Championship run against the  St. Elizabeth Lady Hornets. Assistant Coach Mike Locke says the Lady Pirates’ success is the result of flashing the leather.
Of course they flash the lumber pretty well too. The Lady Pirates beat Brunswick Saturday 9-1 to reach the Final Four.
Catch the action live on AM1430 KAOL and 101.3 “The Grenade” Friday morning. First Pitch is at 11:00am. This morning, Norborne plans a big send off for their District Champs. That gets under way at the High School at 8:45.

In Class three: The Chillicothe Lady Hornets have also made the final four. They’ll be in Springfield to take on the Sullivan Lady Eagles. Friday afternoon at 2:00pm.

The St. Louis Cardinals have won Game One of the World Series.  Allen Craig’s pinch-hit, go-ahead RBI single in the sixth inning proved to be the difference as the Cards rolled to a 3-2 win over the Rangers at Busch Stadium.  Lance Berkman added a two-run single in the fourth frame for St. Louis, which took a 1-0 lead in the best-of-seven set.
Tony La Russa says it was a great pitcher’s duel.
St. Louis is looking to add to it’s NL-best 10 World Series titles and first since 2006. The Redbirds host Game Two on Thursday evening.  Jaime Garcia goes for St. Louis and the Rangers are expected to counter with Colby Lewis.

The Oakland quarterback situation is keeping the Chiefs guessing heading into this weekend’s game. Newly acquired Carson Palmer or Kyle Boller could start for the Raiders in place of the injured Jason Campbell. After learning of the trade, the Chiefs looked up game tape from when they last faced Palmer in December 2009.

Rams quarterback Sam Bradford is uncertain to start this Sunday after missing practice yesterday while getting treatment for a high ankle sprain. Backup A.J. Feeley has been practicing with the first team in case Bradford can’t go. Newly acquired receiver Brandon Lloyd participated in his first practice with the team.

There will be a third straight day of talks scheduled between NBA owners and their players, who are in Day 112 of being locked out by the owners. Federal mediator George Cohen says the discussions have been “direct and constructive,” as the sides have met for more than 24 hours during a 32-hour span.

IndyCar CEO Randy Bernard says the best way to honor Dan Wheldon is finding a way to prevent another fatal accident like the one that killed the two-time Indianapolis 500 winner Sunday in a fiery 15-car accident at Las Vegas Motor Speedway. IndyCar has launched a formal investigation that Bernard hopes will lead to improved safety measures and says flatly, “We need answers.”

High school basketball rankings as of 01/10 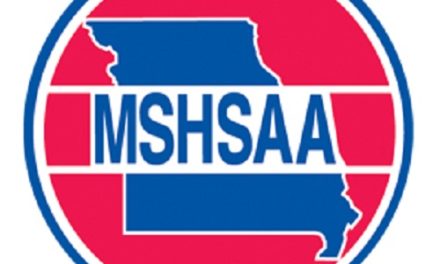