Staff at the Howard County Jail came to work Monday morning to find the jailer locked in a cell.  Click to hear KMZU’s Sarah Scott speak with Sheriff Mike Neal:

The inmate had made it past the jailer at about 1:15 a.m. on Monday, and had locked him in the jail.  He then went on the run.  “The way the cell is set up, if you’re inside and the door locks, you’re automatically locked in there, whether you have a key or not,” said Neal, “Part of the problem is we only have one jailer on at any given time, and he was locked in the cell.  And that’s why it took so long before we even knew that there was a problem.”

Walter Estay is described as a black male, about five feet, eight inches tall, weighing about 130 pounds.  He may have headed back to the Kansas City area.  He is considered armed and dangerous.

Anyone with information is asked to contact their local law enforcement, or the Howard County Sheriff’s Office at  660 248 2477. 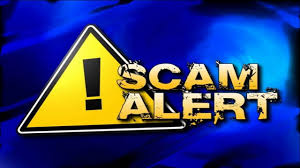