Sedalia man in custody after officers recover 430 grams of meth

SEDALIA, Mo.– A Sedalia man has been taken into custody on seven felony charges, including drug trafficking. 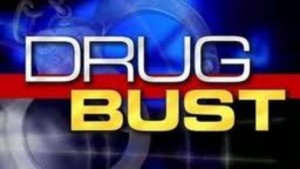 A probable cause statement indicates a search warrant was executed August 9, 2016 on S. Marshall Avenue in Sedalia. During the search, officers recovered approximately 430 grams of meth, 28 grams of marijuana, 22 guns of which a majority were identified as stolen out of Cooper County from a burglary which occurred earlier this year.