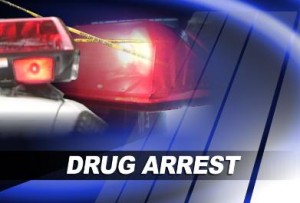 SEDALIA, Mo. – A traffic stop near Highway 65 and West 20th Street in Sedalia netted more than 200 grams of methamphetamine and other drugs on June 26. Crystal A. Froman of Sedalia is charged with first-degree drug trafficking and four counts of drug possession.

A Missouri Highway Patrol’s K9 alerted troopers to narcotics, according to court documents. However, the arresting officer allegedly saw a loaded syringe through a hole in a safe, which was placed on the passenger-side floor board. In the safe, patrol officers allegedly found black-tar heroin, numerous prescription pills, the syringe, as well as methamphetamine. A warrant has been issued for Froman. Her bond is set at $150,000.