Seed Prices Not Expected to Climb Much

Seed companies are sensitive to how lower commodity prices will squeeze farmer margins. As a result, they plan to hold the line on price increases.  The excellent growing season in 2014 means supply will be ample for most varieties. USDA pegs seed expenditures to rise 1.8% in 2015, after an estimated 4.6% gain last year and 7.9% in 2013. Any change this year may depend more on acreage, crop mix and whether growers trim trait purchases than on seed company moves, however.  As always, paying cash, placing orders early and buying in quantity provide the best deals. Companies are offering credit programs, as well. Mycogen Seeds, for example, has teamed up with AgriBank to provide zero-percent financing to allow producers to keep some of their operating cash in reserve.

Monsanto’s corn product lead Dan Anderson said the company has made enhancements to its finance programs to offer more simplicity and flexibility for customers. These include lowering minimum financing amounts and extending the application deadline for paper financing submissions.  “We believe every farmer can be successful even in this tough economic environment, but with narrower margins, it becomes imperative producers make seed choices on a field-by-field basis to maximize yields,” he said. “We are offering a broader portfolio to address specific agronomic needs.”

Specifically, traits that help with resistant weeds are a growth market for seed companies the next few years. Mark Apelt, a regional product specialist for Beck’s Hybrids, said the company hopes to double LibertyLink soybean sales this year because of glyphosate resistance.  “Chemical companies are exploring new modes of action against weeds. In addition, new seed technologies, such as Balance GT, Roundup Ready Xtend, and Enlist soybeans will help with weed resistance in the next few years,” he said. “The potential market is very high. We probably won’t see the 94% adoption rate Roundup Ready enjoyed, but we could easily see 50 to 60% in some geographies [of these new traits].”

Producers confirm they’re exploring changes in seed choices this year and are weighing chemical regimens against seed cost and performance.  Resistant waterhemp and marestail have become a bigger problem recently for Rock Katschnig, of Prophetstown, Ill., so he’s using LibertyLink soybean varieties instead of Roundup Ready. He has also backed off on continuous corn, especially on more marginal soils. Katschnig believes soybeans may offer better profit potential than corn in 2015.

Some producers who face glyphosate-resistant weeds that require additional chemical control contend when they compare variety performance and tech fees, they could reap a $70-per-acre savings by switching to conventional, non-GM (genetically modified) seed. Depending on location, they may also capture a premium for the non-GM seed.  “Farmers will look to cut back on costs by avoiding paying for traits they don’t need,” confirmed Matt Hutcheson, a crop adviser with Seed Consultants, Inc., headquartered in Washington Court House, Ohio.  “For instance, in areas where corn rootworm pressure isn’t an issue, farmers will not need or want to pay the extra cost for a rootworm trait in corn. Genetics are the foundation for a variety that has strong performance. Traits, when needed, will protect the yield potential. But the higher cost of fully-traited corn can add $20 per acre to seed cost. At $3 corn, it takes additional bushels to pay for that added cost.”

Hank King, U.S. corn marketing leader for Mycogen Seeds, noted conventional hybrids account for only 5% to 10% of the market, and for good reason. “It is through genetics that we push the top end of yield potential. The best genetics already are into traited varieties. That’s where the seed company focus is. If you are considering conventional seed, you may be giving up yield potential tied to genetics rather than specific traits. I hope producers won’t lose their focus on making bushels.” 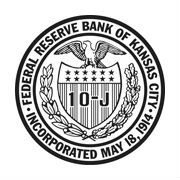