Senator Roy Blunt combined with 43 of his colleagues on Tuesday to send a letter to Senate Majority Leader Harry Reid and Republican Leader Mitch McConnell calling for a timely and open debate on the Senate farm bill.  The measure passed by Senate Agriculture Committee would reduce the deficit and save the tax payers more than 23 billion dollars while strengthening and preserving farm risk management programs.  If no action is taken many of the programs will expire at the end of the year.

“With our constant focus on job creation, we write to urge you to schedule floor consideration of the ‘Agriculture Reform, Food and Jobs Act of 2012’ as soon as possible,” the Senators wrote. “The bill takes steps to reduce the deficit and decrease government spending by $23 billion. It passed the Senate Committee on Agriculture, Nutrition and Forestry on April 26 with a bipartisan vote of 16 to 5. This sets an example of how Senators can come together in a bipartisan way to craft meaningful, yet fiscally responsible, policy. We believe there is strong support in the full Senate to consider the bill in a fair and open manner that allows Senators the opportunity to offer amendments.”

As the letter states, the farm bill passed by the Senate Agriculture Committee would reduce the deficit and save taxpayers more than $23 billion while strengthening and preserving farm risk management programs. The bill also streamlines conservation programs and helps prevent fraud and abuse in nutrition programs.

The risk management, conservation, research, trade promotion and nutrition programs in the legislation impact nearly every American. Many of these programs will expire at the end of the year if no action is taken to reauthorize the farm bill. 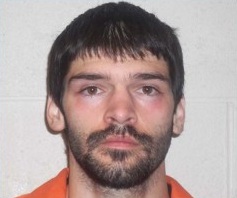