Cass County, MO – Cass County authorities attempted to stop a vehicle on Highway 2 east of Harrisonville around 4:45 pm Saturday. The driver of a blue Chevy truck fled at a high rate of speed through Harrisonville and then up I-49.

Officers with Peculiar Police, Belton Police, Grandview Police Department and Missouri State Highway Patrol assisted with deploying spike strips as the vehicle traveled north. Police were able to deflate several of the tires and stop the truck on I-49 north of 150 Highway. 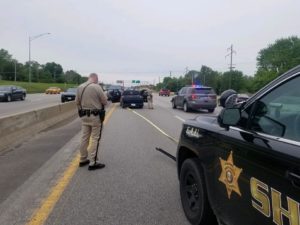 Two subjects were taken into custody. Deputies found narcotics and a stolen firearm in the vehicle. Charges are pending in the case.

Cass County Sheriff Jeff Weber said they will continue to arrest people who endanger their community.

“We will continue to arrest dangerous criminals who victimize our community,” Weber said. “Today multiple agencies working together on a regional radio system were able to successfully coordinate a response to this pursuit and take two subjects into custody without injury.” 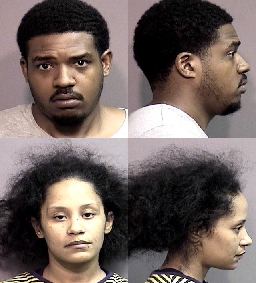