Shortage of Staff at the Livingston County Sheriff’s Office 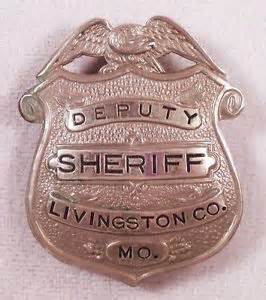 Livingston County Sheriff Steve Cox is facing a shortage of Deputies after this weekend. Click here to listen to KMZU’s Ashley Johnson speak more on the issue with Presiding Commissioner, Eva Danner Horton.

Earlier in the week, Cox released a statement that said quote, “It is my opinion that unless and until the Livingston County Commission are both willing and financially capable to seriously and adequately address the issues of employee pay and benefits in Livingston County, that our office and other officials in the courthouse will continue to lose employees to the City of Chillicothe and other public and private entities, primarily over base salaries and benefits.”

Missouri’s average annual pay for a Sheriff’s deputy is $46,000, that includes larger and more populated County’s. “We understand that our Sheriff has lost several Deputies just in recent time,” Said Horton “We understand his frustration with the situation. Our Commission all agrees that we would like to be able to pay all of our employees more, but we have limited funds and we have to be able to stretch those to meet all the needs.” Starting pay for a Livingston County Deputy is right at $27,500, but there are a couple of long time employees that make close to Missouri’s average.

Another statement Cox made was quote, “This will impact our ability to provide coverage, we will have times when response time to non-emergency calls for service is long, speed of service and investigations will slow, and there will be times when only one of us is on call.”

With the Sheriff’s office down to 3 deputies, it has some citizens worried about what will come. “We share that concern with the Sheriff,” Horton said “We do feel that the Highway Patrol is going to help out and do what they can until we get back up to full speed. I think we’ll get through it ok and I think our citizens will be taken care of. The Sheriff, I’m sure, will be seeking applications for people to fill these positions.”

With the Commission just making a County match of $18,900 for restorations to the 100 year old courthouse, some people may be wondering why a raise isn’t possible. “Basically it’s two separate issues,” Said Horton “That match came from a totally different fund, a fund that is dedicated to meeting special needs. If we ever toss that into general revenue it’ll just be gone and then we wont have any funding to meet those special needs. The other thing is, $18,000 wouldn’t even been a drop in the bucket to try to pass it around with employees. When we give a raise to the Sheriff’s Deputies we must also give a raise to the rest of our employees. So that would be just a miniscule raise that wouldn’t have any effect anyway. This is about the pay scale we’ve had all these years. I think this is just an unusual situation that at this particular time we have this many gone, but I think we will fill those positions. Considering all of our needs and our income, I feel like we are doing the best we can at the present time, and we’ll do the best we can to improve that situation as we go along.” 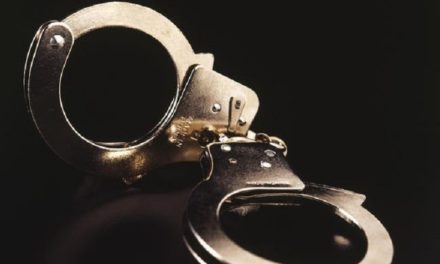