The Royals travel to Detroit to face the Tigers tonight at 6:05.

The Redbirds host the Marlins tonight at 7:15.

DAYTONA BEACH, Fla. (AP) — NASCAR driver Denny Hamlin has a sore back that will keep him out of Friday’s Nationwide race.

Hamlin had been slated to drive the No. 18 Toyota in the second-tier series. Instead, Joe Gibbs Racing will move defending race champion Joey Logano from the No. 20 to the No. 18, and have Clint Bowyer behind the wheel in the 18.

Hamlin says he woke up with a sore back “earlier this week” and feels it’s “in the best interest of the team to sit it out.” He adds that the injury is “nothing serious” and believes the extra rest will help Saturday.

L A Raceway has rescheduled their races from tonight (this Friday July 6) to next Tuesday, July 10 because of the high temperatures. The forecast is for lower temps for the first part of next week prompting this decision.

Admission is $7.00 per person. Gates open up at 5:00 p.m. T-shirts, full color programs and DVDs of the game will be for sale throughout the contest. All proceeds go to the Missouri 8-Man Football Coaches Association. For more information and to purchase a highlight DVD, please go to http://mo8mancoaches.com

The Norborne “Chute” Basketball Camp is coming up Monday and Tuesday. Norborne AD Michael Lock says they have had a good number of players sign up, but they have enough room to allow people to show up Monday and still be a part of the camp. They will have a 4th – 8th grade camp 12:30 – 3:30 and a 9th – 12th grade group from 8:30 – 11:30 both mornings. The camp costs $60. Those who haven’t signed up in advance are asked to come 20 minutes early on Monday. For more information contact Norborne AD Michael Lock at 660-593-3319. 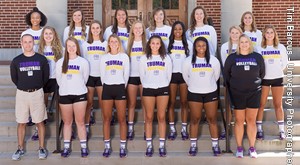 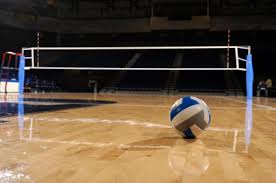