For almost a month the Kansas City Chiefs have not faced an opponent on their home field of Arrowhead. That changes today as they face AFC West rival the San Diego Chargers following the first loss of the season.

The Chiefs look to rebound against an inconsistent Chargers team who sit at 4-6. A win is imperative for K.C. if they wish to stay in first place with the juggernaut Denver Broncos.

Kickoff at Arrowhead is noon Sunday.

OXFORD, Miss. (AP) — Henry Josey rushed for two touchdowns, Marcus Murphy added another and No. 8 Missouri rolled to a 24-10 victory over No. 24 Mississippi on Saturday night.

Missouri (10-1, 6-1 Southeastern Conference) is now one victory away from clinching the SEC East title. The Tigers host Texas A&M next weekend.

Missouri jumped out to a 17-3 lead by halftime and led by a comfortable margin for most of the second half. James Franklin completed 12 of 19 passes for 142 yards and an interception in his first start since a shoulder injury caused him to miss four games. Josey rushed for 95 yards.

The loss snapped a four-game winning streak for Ole Miss (7-4, 3-4). Bo Wallace threw for 244 yards and an interception, but was battling an illness for much of the game and struggled during the second half.

ST. LOUIS (AP) — Brian Elliott made 34 saves in only his fifth start of the season and the St. Louis Blues got goals from six players in a 6-1 victory over the Dallas Stars Saturday night. Dallas had its six-game road winning streak snapped last night against former coach Ken Hitchcock.

KANSAS CITY, Kan. (AP) — Dom Dwyer scored in the 63rd minute, and Sporting Kansas City advanced to its first MLS Cup final since 2004 with a 2-1 victory over the Houston Dynamo last night in the second leg of the Eastern Conference final. C.J. Sapong also scored for Kansas City, which will host either Portland or Real Salt Lake on December 7th. 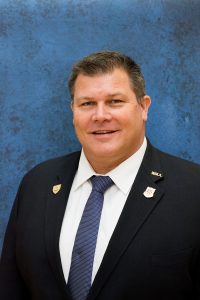