Concordia’s softball team edged out Wellington 10 to 9 on Wednesday.

Lincoln’s baseball team defeated La Monte 7-6 on Wednesday.  Corbin Mertgen got the win to improve to 1-0.  Mertgen struckout 9 and walked 3.  Brock Young got the save and led Lincoln in hitting going 3 for 4 with two RBIs  Heath Renno went 2 for 4 with an RBI.  Both Jimmy Libeer and Zach Wolf went 1 for 2 with a double.  Lincoln improves to 2-1 and 1-0 in conference action.  Lincoln plays Tipton Thursday and Green Ridge on Friday.

Meadville topped Northwestern 4-0 on Tuesday.  Meadville travels to Sturgeon on Saturday.  Game time is one o’clock.

The Royals and White Sox wrap up their season-opening, three-game series this afternoon.  Kansas City will try to salvage the finale after dropping the first two games.  Jeremy Guthrie is slated to start for the Royals, while the White Sox counter with Gavin Floyd.  The Royals play three games in Philadelphia starting on Friday.

PHOENIX (AP) – Cliff Pennington’s RBI single in the 16th inning gave the Arizona Diamondbacks a 10-9 win over the St. Louis Cardinals in a game that didn’t end until early this morning. At 5 hours and 32 minutes, it was the longest home game in Diamondbacks history. Yadier Molina homered and drove in three runs for the Cardinals.

LAWRENCE, Kan. (AP) — Kansas freshman guard Anrio Adams has been granted a release to transfer to another school. Coach Bill Self says he met with Adams and believes it’s in his best interest to look for a school closer to his Seattle home. Adams played in 24 games last season, averaging 3.5 minutes per game. 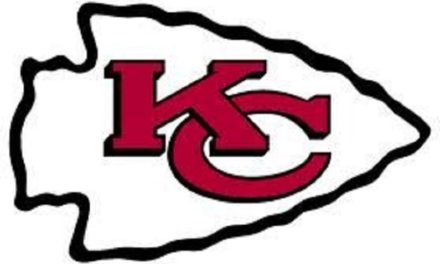 Warrensburg Hosts Odessa in the Game of the Week