In High School football the tournament season begins tonight with the Lafayette County Huskers hosting African Centered College Prep in the opening bracket of the Class 2 District 7 tournament. That game will be broadcast live on sister station 103.9 KRLI with pre-game at 6:45. Our 2nd game of the night will feature Carrollton on the road to St. Joseph to take on Bishop LeBlond in the first round of the Class 2 District 8 bracket. That game will be on sister station 101.3 KAOL, pre-game also at 6:45.

SAN FRANCISCO (AP) — Pablo Sandoval became just the fourth player to homer three times in a World Series game as the San Francisco Giants ripped the Detroit Tigers 8-3 in the opener of the Fall Classic. He put the Giants ahead with solo shot in the first, added a two-run blast in the third and crushed another solo homer in the fifth. Marco Scutaro (SKOO’-tah-roh) went 2-for-4 with two RBIs and two runs scored to support Barry Zito, who allowed a run and six hits in 5 2/3 innings for the win.

KANSAS CITY, Mo. (AP) — Kansas City Chiefs running back Peyton Hillis was back at practice yesterday and could play this weekend against Oakland. Hillis hasn’t played since Week 3 when he sprained his ankle against New Orleans. Hillis signed a one-year deal this season to provide a complement to running back Jamaal Charles.

LONDON (AP) — The St. Louis Rams won’t get a home-field advantage when they face the New England Patriots in London this weekend. The Rams are technically the home team, but the Patriots have a much bigger international following. Quarterback Sam Bradford says the London game is a “big opportunity.” 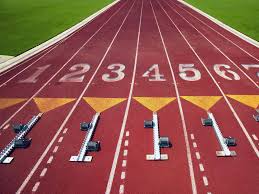