Crow was undefeated as an MU junior in 2008 and won an award that year as the nation’s top college pitcher. He is 14-10 with a 3.19 ERA in his three-year career with the Royals.

Also selected to the 2013 class of the University of Missouri Intercollegiate Athletics Hall of Fame are former men’s basketball star Dan Pippin, who captained the U.S. team to a gold medal in the 1952 Olympics; swimmer John Putnam; and All-American track and cross country runner Ashley Wysong.

An induction ceremony is scheduled for Feb. 15 in Columbia.

MONTGOMERY, Ala. (AP) — The Southeastern Conference still reigns supreme on the recruiting trail. The Crimson Tide is poised to bring in another top-rated recruiting class on Wednesday’s national signing day, nearly a month after Florida State ended the league’s seven-year national title run. Seven SEC teams have built top 10 classes, according to the 247Sports composite rankings.

IRVING, Texas (AP) — The Big 12 has made three changes to its 2014 football schedule. Two Oklahoma game dates have been switched. The Sooners’ game at Tulsa has been moved up two weeks to Sept. 6, the second Saturday of the season. That game had been set for Sept. 20, when Oklahoma will now play at West Virginia in a game that was originally scheduled a week later. More changes are possible. Television selections for the first three weeks of the season and special dates aren’t due to the conference until June 1.

Mike is the Monday evening anchor and also sits in for news staff periodically. He is also the station's Production Director. He has been with KMZU since April of 2009. He learned his craft over the years at various radio stations in Missouri before making a home for himself at KMZU. If you wish to contact Mr. Stone please send emails to [email protected] or [email protected].com. 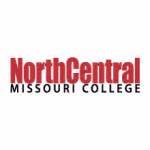