FAYETTEVILLE, Ark. (AP) — Arkansas will attempt to climb back into the Southeastern Conference race when it hosts Missouri on Tuesday night. The Razorbacks (13-6, 2-4 SEC) have won 25 of their last 26 games in Bud Walton Arena. Arkansas coach Mike Anderson left the Tigers (15-4, 3-3) to join the Razorbacks following the 2010-11 season.

ST. LOUIS (AP) — Missouri curators say they expect a public discussion this week of a former university swimmer’s allegations that she had been sexually assaulted by several football players before later committing suicide. The Board of Curators will meet Wednesday in Columbia. Curators David Bradley and Wayne Goode told The Associated Press Monday the board will review system President Tim Wolfe’s call for an external legal review into Sasha Menu Courey’s death in 2011.

EAST RUTHERFORD, N.J. (AP) — The weather forecast for the first Super Bowl in an outdoor stadium in a cold-weather city is not bad, considering the frigid weather than has lingered in the Northeast this winter. National Weather Service meteorologist Anthony Gigi is calling for temperatures to reach a high of 39 with a low of 27, which is average for the New York City area this time of year. There is little threat of precipitation. 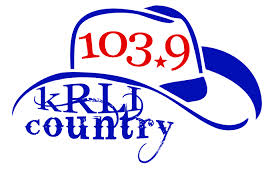