KANSAS CITY, Mo. (AP)— For the second time in four years, Prince Fielder is the king of the Home Run Derby. The Detroit Tigers first baseman outslugged Toronto’s Jose Bautista, the current major league home run leader with 27, to win the final round 12-7.

KANSAS CITY, Mo. (AP) — Two of baseball’s youngest phenoms — 19-year-old Bryce Harper of Washington and 20-year-old Mike Trout of the L.A. Angels, will be part of the bench strength for each team. Harper is the youngest position player in All-Star history and a key part of the Washington Nationals’ transformation to a first-place team while Trout is leading the American League in hitting.

San Francisco Giants right-hander Matt Cain and Tigers righty Justin Verlander have been selected as the starting pitchers for the 2012 All-Star Game at Kauffman Stadium. National League manager Tony LaRussa, who retired after leading the St. Louis Cardinals to a World Series championship in 2011, and American League skipper Ron Washington of the Texas Rangers made the announcements at a Monday news conference.

Cain will be making his third appearance in the Midsummer Classic and his first career start. In 17 starts for the Giants, Cain is 9-3 with a 2.62 earned run average and two shutouts,

including the 22nd perfect game in Major League history on June 13 against the Houston Astros.

Verlander, the reigning AL Cy Young award winner and AL MVP, was slated to start the annual showcase last summer but was ineligible to participate because he started the Sunday before. In his fifth-career All-Star appearance, the 29-year-old righty will finally get the opportunity to fire the first pitch for the American League. A 24-game winner last season,

Verlander is 9-5 with a 2.58 ERA over 18 starts and has five complete games to his name, including one shutout.

The All-Star game is coming up tonight at 7 at Kaufman Stadium in Kansas City. The Royals will be back in action Friday night to host the Chicago White Sox. The Redbirds will travel to Cincinnati to take on the Reds Friday night.

ST. LOUIS (AP) – Marlins outfielder Giancarlo Stanton will miss the All-Star festivities in Kansas City as he recovers from arthroscopic knee surgery. The team says the 22-year-old Stanton is expected to be out four to six weeks. Stanton was the Marlins’ lone All-Star representative.

ATLANTA (AP) — The Atlanta Braves will honor Chipper Jones before the start of his final home regular-season series.

The Braves on Monday announced plans to honor Jones in a pregame ceremony Sept. 28 before they open a series against the New York Mets. Jones, who has spent his entire career in Atlanta, plans to retire after the season.

The 40-year-old is hitting .318 with six homers and 33 RBIs. He will be a reserve in Tuesday night’s All-Star game in Kansas City.

Jones was the NL MVP in 1999 and batting champion in 2008, and is considered a strong Hall of Fame candidate.

One of the Cardinals all time favorites is stealing the spotlight at the All Star Fan Fest in Kansas City. Hall of Famer Lou Brock, who stole 938 bases in his career, made it to the big leagues with the help of a Kansas Citian. Buck O’Neil, the Kansas City Monarch’s Negro League legend, had become Major League Baseball’s first black coach. In 1962, as a Chicago Cubs scout, he signed and was roommates with Brock. Brock was traded to the Cardinals in 1964 and helped lead St. Louis to the World Series that year and twice more over the next five years. Brock’s .391 World Series batting average remains the ninth best in baseball history.

SACAMENTO, Calif. (AP) — Sacramento Mayor Kevin Johnson has given up trying to keep an NBA team and is instead aiming to lure a Major League Baseball franchise to his city.

Johnson and his Think Big Sacramento task force announced a plan Monday to market California’s capital city as a possible landing spot for a major league team. A plan for a new arena for the Sacramento Kings collapsed earlier this year when team owners Joe, Gavin and George Maloof backed out, saying it didn’t make financial sense for the franchise.

There are already two teams in Northern California, and Oakland’s Triple-A affiliate plays in Sacramento. The Athletics have their sights set on San Jose, but the San Francisco Giants hold the territorial rights to that area.

Allmendinger was suspended shortly before Saturday night’s race at Daytona for failing a random drug test. NASCAR and Penske officials have not said what Allmendinger tested positive for, and Allmendinger has made no statement since his suspension.

Allmendinger has until Tuesday to ask for his “B” sample to be tested.

Penske Racing says in a statement that it will continue to work with NASCAR on this matter, but the team will use Hornish in the No. 22 Dodge this weekend. 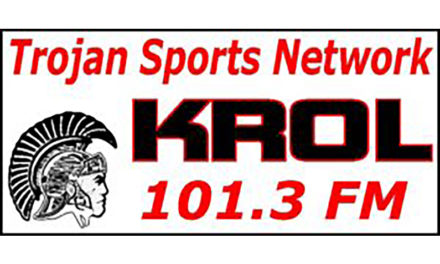