The Carroll County Little League 11 and 12 year old girls all star team is playing in the Central Region Tournament in Indianapolis.  The team is coached by Jeanie Reamer, Robbie Mansur and Reggie Calcer.

The Carroll County team headed into Monday’s game against Illinois behind two games.  They lost to Kentucky on Saturday and Nebraska on Sunday.  They also fell to Illinois 6 to 1.  The girls will take on Indiana this morning at 11.

The other teams in the tournament are the state champions from Iowa, Wisconsin, Ohio, North and South Dakota, and Michigan.  The winner of the Central Region will move on to play in the World Series in Portland Oregon.

ST. LOUIS (AP) – Luis Cruz hit a three-run homer last night to help the Los Angeles Dodgers beat the St. Louis Cardinals 5-3. Chad Billingsley picked up the win in his first start since coming off the disabled list. Cardinals outfielder Carlos Beltran homered for the second time in as many days.  The Dodgers and Cards play tonight at 7:15 p.m.

INDIANAPOLIS (AP) — Penn State didn’t get the death penalty, but the NCAA has slammed the school’s football program with an unprecedented series of penalties in the wake of the Jerry Sandusky child sex abuse scandal.  The NCAA fined the university $60 million and vacated all of former coach Joe Paterno’s victories from 1998-2011.

It also slapped the Nittany Lions with five years of probation and a four-year bowl ban.

(Kansas City, MO)  —  The Chiefs will open training camp on Friday.  Practices during camp will be open to the public, but all walk-throughs will be closed.  Camp will run through August 16th.  The Chiefs open preseason play at home against the Cardinals on Friday, August 10th. 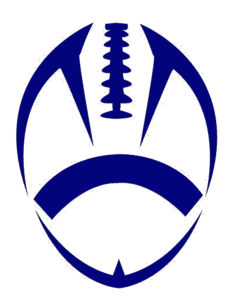