(San Diego, CA)  —  Nick Novak drilled a 50-yard field goal with two minutes left in the fourth quarter to clinch a 19-9 win for the Chargers against the Colts on “Monday Night Football.”  The Chargers joined four other teams in the AFC at 3-and-3.  The Colts fell to 4-and-2, but still lead the AFC South by a game.

(Kansas City, MO)  —  The Chiefs return to practice tomorrow to prepare for a Week Seven matchup against Houston.  KC is off to a 6-and-0 start following Sunday’s 24-7 win over the Oakland Raiders.  It’s the Chiefs’ best start since going 9-and-0 in 2003.  The Texans are just 2-and-4 after a Sunday loss to the Rams and also lost QB Matt Schaub to injury.

>>Reid Thanks Fans For Noise

(Kansas City, MO)  —  Chiefs head coach Andy Reid is thanking the fans for being so loud on Sunday.  He said the noise level made it difficult for the Raiders to focus and hear the play calls from the quarterback.  A record 137.5 decibel level was recorded at Arrowhead during the game.  That broke the outdoor stadium mark set by Seattle earlier this season.

(St. Louis, MO)  —  St. Louis Rams line backer Alec Ogletree’s 98-yard interception return Sunday was the longest ever by a rookie.  Ogletree and the Rams defense look to build momentum as they head to Carolina to take on Cam Newton’s Panthers.  The teams kick-off Sunday at 12:00 p.m.

>>Dodgers Blank Cardinals, Get On Board In NLCS

(Los Angeles, CA)  —  Rookie Hyun-Jin Ryu [[ he-YUN Jin  ree-YOO ]] tossed seven innings of three-hit ball to lead the Dodgers to a 3-0 win over the Cardinals in Game Three of the National League Championship Series from Los Angeles.  Adam Wainwright pitched seven innings of two-run ball for St. Louis while striking out five.  Third baseman David Freese left in the fifth inning with right calf tightness.  The Cards managed just five base runners in defeat.  Game Four of the series is tonight in LA. 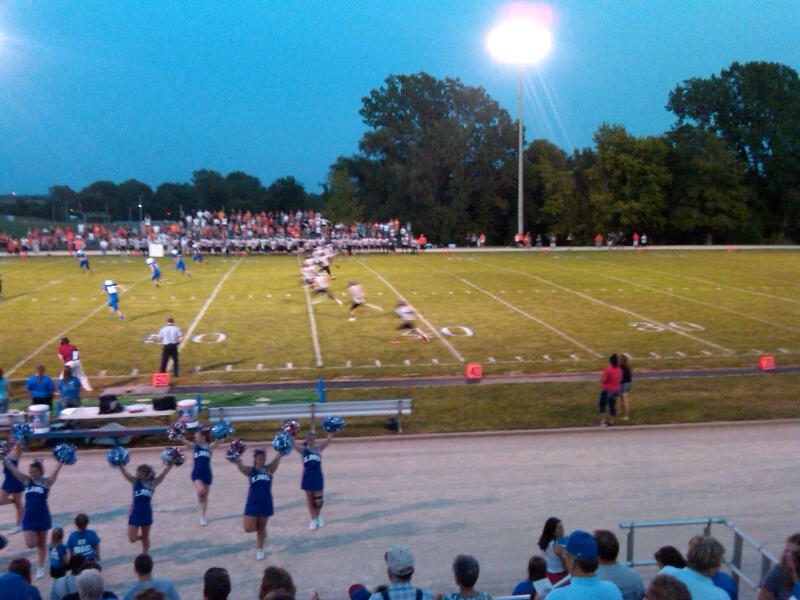