The junior varsity football game between Concordia @ Windsor this evening at 6 has been cancelled. It will be rescheduled at a later date.

KANSAS CITY, Mo. (AP) — Yu Darvish retired the first 17 batters he faced yesterday in the Texas Rangers’ 8-4 win over the Kansas City Royals. Adrian Beltre and Nelson Cruz homered for the Rangers in the sixth inning. The benches emptied in the ninth after Royals pitcher Louis Coleman beaned Cruz, but no punches were thrown. The Royals and Ranger’s will play game 2 tonight; first pitch at 7:10 p.m.

ST. LOUIS (AP) — Rookie Joe Kelly pitched six-plus solid innings yesterday to lead the St. Louis Cardinals to a 5-4 win over the New York Mets. Kelly picked up his fifth victory of the year after allowing two runs and five hits. Skip Schumaker homered and Matt Carpenter drove in two runs for the Cardinals. Both teams go at it again tonight at Busch Stadium; first pitch at 7:15 p.m.

(Undated)  — Chiefs linebacker Derrick Johnson, defensive lineman Anthony Toribio and safety Kendrick Lewis sat out of practice yesterday.  Both Johnson and Toribio have ankle injuries, while Lewis was sidelined with a shoulder injury.

COLUMBIA, Mo. (AP) — Missouri held defensive tackle Sheldon Richardson out of media day yesterday after his remarks about Georgia and the SEC in general. The junior said that he watched some of Georgia’s game against Buffalo but turned it off because “it’s like watching Big Ten football, it’s old man football.” A team spokesman says Richardson “earned himself a vacation.” 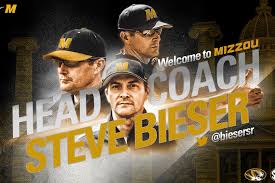