The National League got their third straight win in the 83rd All-Star game. The senior circuit enjoys a 42-38-2 overall advantage over the American League. The winning league gets home field advantage in the World Series.

The Royals will be back in action Friday night to host the Chicago White Sox. The Redbirds will travel to Cincinnati to take on the Reds Friday night.

Players were given a blood test for HGH during spring training as part of the labor contract that was agreed to in November, which allows blood testing during the offseason and spring training, and if there is reasonable cause.

Union head Michael Weiner, speaking to the Baseball Writers’ Association of America before Tuesday night’s All-Star game, said players were starting to discuss whether to expand testing to the regular season in 2013.

Says Weiner: “There’s at least a possibility that we could have in-season testing of some form as soon as next year.”

Stamford, Conn., resident Elizabeth Gott said last week she decided to sell the ball on behalf of her 30-year-old son, Michael, so he could use the proceeds to pay off his medical school debt.

Gehrig hit the homer off St. Louis Cardinals pitcher Grover Cleveland Alexander while teammate Babe Ruth was on base. A newspaper account quoted him calling it his most significant home run at the time.

MILWAUKEE (AP) — The Green Bay Packers say they have posted a record $43 million in profit over the last fiscal year. As the NFL’s only public team, the Packers have to release a financial report each year. The team reported records for total revenue with $302 million and net income of $42.7 million.

COLUMBIA, Mo. (AP) — Missouri reserve quarterback Ashton Glaser is leaving the Tigers for a shot at the starting job at Missouri State.

The redshirt junior from Springdale, Ark., announced the move on his Twitter account Monday. He was listed as Missouri’s third-string quarterback after spring practices and played in just one game in Columbia.

Missouri State has just two scholarship quarterbacks after its incumbent starter was kicked off the team in May for rules violations. Glaser will be able to immediately play for the Bears, a member of the Football Championship Subdivision.

In the Nationwide Series, Austin Dillon was docked six points for the same violation as Stewart. Crew chief Danny Stockman and car chief Robert Strmiska have both been suspended until July 25. The team was also penalized last week.

Allmendinger issued a statement Tuesday, his first since he was suspended by NASCAR for failing a random drug test. Allmendinger was informed of his suspension hours before Saturday night’s race at Daytona.

The 30-year-old driver says he has requested his “B” urine sample be tested, and he hopes the situation can be resolved with NASCAR as quickly as possible.

NASCAR does not disclose what substance was found in a failed drug test. Allmendinger and Penske Racing have not revealed details, either.

Allmendinger apologized for the distraction he has caused Penske Racing, his sponsors and fans.

Sam Hornish Jr. will replace Allmendinger in the No. 22 Dodge this weekend at New Hampshire.

UNDATED (AP) – Danica Patrick will race her 10th and final Sprint Cup Series event at Kansas Speedway. The October 21st event was selected for Patrick because it will be open for an extra day of practice. Patrick raced in the IndyCar Series at Kansas, where she won her first career pole in 2005. 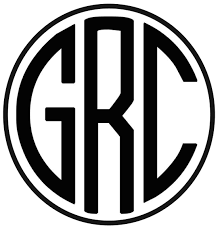