HANNIBAL, Mo. (AP) — A coroner says two fetuses found in an old house in Hannibal that was once a medical clinic are likely from premature births decades ago.  A couple who is renovating the house found the fetuses Tuesday.  Marion County Coroner Darrell McCoy says the remains were 20 and 28 weeks old, well preserved in jars and likely from 55 to 60 years ago.  McCoy says he’s skeptical of rumors that the old house was once a back-alley abortion clinic. He says the fetuses were intact and doctors who saw them believed they were likely from premature births. He speculated that a physician likely claimed the fetuses to study.  A funeral home, cemetery, and monument company will give the two fetuses a memorial service and burial.

KANSAS CITY, Mo. (AP) – Kansas City police say they spoke with the parents of a missing baby before the couple appeared on the “Dr. Phil” show. Deborah Bradley and Jeremy Irwin reported 10-month-old Lisa Irwin missing in October. Police have conducted several searches and chased hundreds of leads, but say they still don’t have a suspect. The show is set to air today.

JEFFERSON CITY, Mo. (AP) — Missouri’s revenue continues to lag behind budget forecasts. Net state revenue rose 2 percent in January. For the first seven months of the state’s fiscal year, revenue was up 1.3 percent, about half of what’s needed to meet the budget.

KANSAS CITY, Mo. (AP) – University of Missouri curators want to see more spending cuts in non-academic programs before they agree to raise tuition at the system’s four campuses.  The governing board met yesterday at the University of Missouri-Kansas City to discuss a proposed tuition increase for the 2012-2013 academic year.  Administrators are recommending a 7.5 percent tuition increase for Missouri residents attending the Columbia campus and even larger increases at the St. Louis and Rolla campuses. The Kansas City campus would see a 3 percent increase.  Several board members told campus leaders to keep looking for cost savings, even as the university touted changes that saved the system $132 million in 2011.  A university spokeswoman says the Board of Curators expects to vote on the proposed tuition increase at a special meeting in February.

JEFFERSON CITY, Mo. (AP) – Missouri senators voted yesterday for a measure that would require approval from lawmakers or voters before the state sets up health insurance exchanges. The exchanges allow people to shop online for health insurance. A federal health care law gives states until 2014 to establish their own exchanges or have one operated by the federal government.

MIAMI, Okla. (AP) – A boat manufacturer is laying off 112 workers in northeast Oklahoma as part of relocating its production line to Clinton, Missouri. Officials in Miami, Oklahoma confirmed the layoffs at Tracker Marine yesterday. The Tulsa World reports that the Miami plant layoffs will cut the number of employees from 175 to 63 on site. 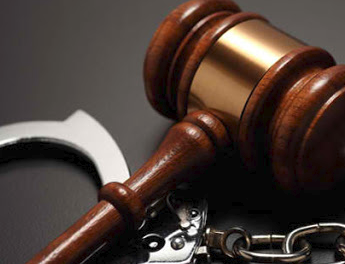