BALLWIN, Mo. (AP) — Authorities have identified the four people who were fatally shot at an eastern Missouri campground as a 37-year-old mother from Ballwin and her three young daughters. Investigators say Christine Adewunmi (ah-deh-WUHN’-mee) and 8-year-old Lauren, 6-year-old Samantha and 3-year-old Kate each died from a single gunshot wound. Their bodies were found Saturday in a remote area at the Blue Springs Ranch & Resort, about 80 miles southwest of St. Louis.

ORD, Neb. (AP) — A hearing is set for later this month for a Missouri man suspected of killing a Nebraska woman more than two decades ago. The Valley County sheriff’s office said yesterday that 45-year-old John Oldson of Randolph, Missouri faces a preliminary hearing on March 29th in Valley County Court.

ST. PETERS, Mo. (AP) — The Republican caucus in St. Charles County will likely have to be rescheduled after a fracas forced caucus organizers to shut down the event. The gathering in St. Peters on Saturday ended when tensions flared between members of the crowd and the local Republican activists who were running the event. It adjourned before any delegates were awarded.

JEFFERSON CITY, Mo. (AP) — Springfield’s getting more than $11,000 from the federal government to pay for a public archaeology education project. The money from the federal Historic Preservation Fund will go toward supporting education opportunities for middle school students and social science teachers.

JEFFERSON CITY, Mo. (AP) — Missouri House Democrats plan to introduce a new ethics bill today after the state Supreme Court rejected much of the most recent version because of how it was approved. The ethics law struck down by the Supreme Court in February had included a requirement to publicly report contributions of more than $500 within 48 hours when the Legislature is in session.

HANNIBAL, Mo. (AP) — A former Palmyra High School teacher arrested this month and accused of having sexual contact with a student will go to court next week seeking to have his bond lowered. Randy Shepard’s attorney submitted a motion Friday to reduce the $100,000 cash bond.  Shepard is charged with second-degree statutory rape, second-degree statutory sodomy and sexual contact with student by teacher.

ST. LOUIS (AP) — St. Louis police say officers fatally shot one suspect and injured another who pointed weapons at them. Broadcaster KSDK reports that the shooting happened around 9 p.m. Saturday when the two armed men got out of a vehicle that police had been pursuing. One suspect died at the scene. The surviving 22-year-old suspect was taken to an area hospital.

ST. LOUIS (AP) — Despite dozens of reported testing irregularities, Missouri education officials spend nothing on test fraud detection services and have dismantled a program that had sent inspectors into schools for random checks. The St. Louis Post-Dispatch reports the state has received more than 100 reports of standardized testing irregularities in 2010 and 2011.

COLUMBIA, Mo. (AP) – Medical patients awaiting joint transplants may soon have greater access to donor cartilage thanks to a new storage method developed by University of Missouri researchers. The researchers have found a way to preserve transplant quality tissue for up to 63 days. The maximum storage time now is less than 30 days. 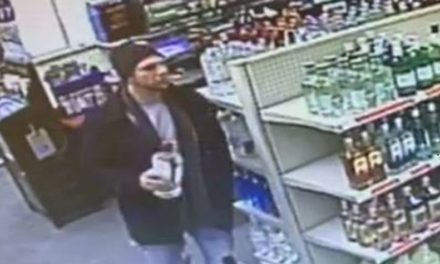