SPRINGFIELD, Mo. (AP) – Tests are being performed to determine if some gray bats near a Springfield cave are carrying a deadly fungus. Missouri State University researchers discovered the possible fungus problem at Sequiota Cave. Professor Lynn Robbins says the bats didn’t appear to have white nose syndrome, but some bat wings had discoloration.

KANSAS CITY, Mo. (AP) – A Jackson County judge says he will rule by the end of next week on a motion to dismiss a misdemeanor charge against a Kansas City Roman Catholic bishop. Bishop Robert Finn is accused of failing to report suspected child pornography on a priest’s computer. The Catholic Diocese of Kansas City-St. Joseph faces the same charge.

JEFFERSON CITY, Mo. (AP) – Legislation moving through the state Senate would require vehicle inspection stations in Missouri to have insurance to cover vehicle damage caused by employees. Older vehicles in the state have to be inspected every two years. They can be inspected at auto repair shops or other stations certified by the State Highway Patrol.

JEFFERSON CITY, Mo. (AP) — The Missouri Senate has given first-round approval to a measure letting employers refuse to provide health insurance coverage for birth control in some instances.  The legislation, endorsed in a voice vote Tuesday, would let employers deny coverage unless an employee has a medical need for birth control.  Some Senate Democrats had delayed a vote on the bill, saying it would make obtaining birth control more difficult.  But they yielded Tuesday afternoon, calling the measure a “do-nothing” bill. The measure must be approved once more before it goes to the Missouri House.

JEFFERSON CITY, Mo. (AP) – Missouri Employers Mutual Insurance Company says it’ll pay about $2 million in dividends this spring to more than 11,000 policyholders. The dividend comes after a recent audit suggested that the Columbia workers’ compensation company begin issuing the annual payout because it had a surplus of more than $160 million.

FULTON, Mo. (AP) – Actor Val Kilmer will be the spring graduation speaker at William Woods University. Kilmer will also receive an honorary doctorate from the Fulton school during the May 5th commencement. William Woods will show five of Kilmer’s best-known films over five weeks, beginning Friday.

JEFFERSON CITY, Mo. (AP) – The Missouri Supreme Court has upheld new boundaries for state House districts based upon the 2010 census. Yesterday, the court issued a one-line ruling about three hours before the deadline for candidates to file for this year’s elections. A lawsuit had claimed that the new map drawn by a special appellate commission violated state constitutional requirements.

JEFFERSON CITY, Mo. (AP) – It’s not too late to become a candidate for Missouri governor. While the filing period ended yesterday for most offices, officials have extended the deadline until 5 p.m. Friday for governor, three state House seats and two state Senate seats. More than 570 people have filed for this election, the third-highest number of candidates in the past 18 years.

ST. LOUIS (AP) – Almost a year after a tornado ripped through Lambert Airport in St. Louis, the damaged C Concourse will reopen on April 2. The April 22, 2011, storm caused significant roof and interior damage and blew out windows. American Airlines, Frontier Airlines and Cape Air will move operations back to the concourse.

JEFFERSON CITY, Mo. (AP) – The Missouri Capitol will be quiet today compared to yesterday’s numerous rallies. Thousands of people crammed into building and spilled out across its lawn as religious groups and unions decried federal health care policies and state legislation affecting workers. The crowd was one of the largest in the past decade at the Capitol. Police didn’t provide an official crowd estimate.

JEFFERSON CITY, Mo. (AP) – Some Missouri officials are praising a Canadian company’s decision to proceed with expansion of an oil pipeline that runs through the state. Plans for a new 600-mile pipeline from Flanagan, Illinois, to Cushing, Oklahoma, takes it along an existing pipeline route running diagonally from northeast to west-central Missouri. day. 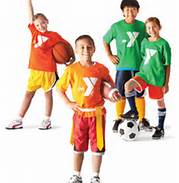 First Annual Tee it up for Youth Golf Tournament 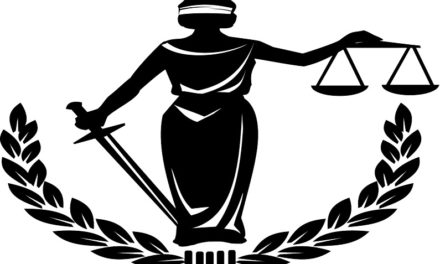