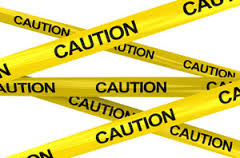 PLATTE COUNTY, MO – Serious injuries were inflicted on a driver Sunday night, November 15, 2015 after a crash in Platte County.

Missouri Highway Patrol responded to a crash on southbound I-29 where a vehicle remained in the roadway after a previous incident.  A Prairie Village resident, Hayden O’Gorman, 21, was in the driver’s seat of a stationary vehicle in the left lanes when it was struck by a second vehicle that failed to stop at the scene.

O’Gorman, who was reportedly not wearing a seat belt during the crash, was seriously injured and sent to KU Medical Center for care.  The driver of the second vehicle, 50 year old Patricia M. Coffey of Kansas City, sustained moderate injuries and was taken to Truman Medical Center.