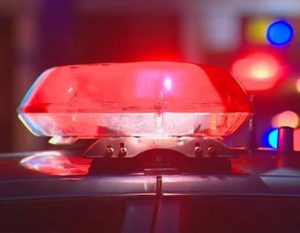 Police say in a news release today, a traffic stop on Park Circle Drive just after 10 p.m. involved one occupant pulling an handgun and threatening to harm himself. After a half-hour standoff with officers, Shon Diegan, 47, was taken into custody.

Diegan has four active warrants out of Randolph County, which include charges of assault, property damage, and stealing.