Suspect at Large, F.B.I. on the Hunt 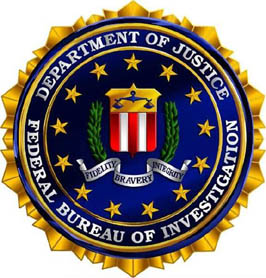 The F.B.I. is searching for a bank robbery suspect and is asking for the public’s help.

According to the press release a lone male walked into a U.S. Bank branch inside the Price Chopper on Blue Parkway in Lee’s Summit Wednesday just after 6 a.m. and handed a demand note to the teller. Once the teller handed over cash the suspect fled the scene on foot in an unknown direction.

He is described as a Caucasian male with dark complexion wearing a dark winter hat, dark clothing and sunglasses, approximately 5’ 10”. 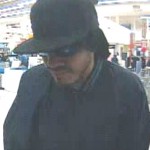 After the money was handed over the suspect fled on foot in an unknown direction.

Press Release from the F.B.I

The FBI is seeking the public’s assistance to identify and locate the subject responsible for the robbery of US Bank, located inside of Price Chopper Grocery store, 300 SW Blue Parkway, Lee’s Summit, MO.

At approximately 6:12 p.m., on Wednesday, June 18, 2014, a lone male provided a bank teller with a demand note. The suspect fled on foot with an undisclosed amount of money. The suspect is described as a dark complected Caucasian male, approximately 5’10”, slim build, wearing a dark winter cap, dark clothing and sunglasses.

Anyone with information is requested to contact the FBI at (816) 512-8200 or their local law enforcement department.