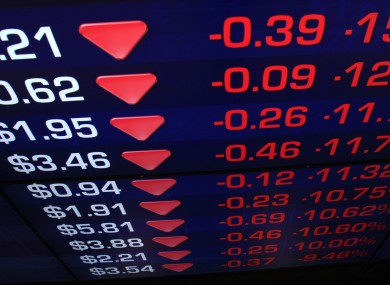 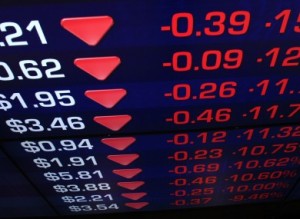 UPDATE 07/08/15 – The latest on halted trading at the New York Stock Exchange (all times Eastern):

The technical problem that has halted trading on the New York Stock Exchange hasn’t changed the Dow or other market indexes much.

Stocks were already down when the trading halt occurred. Traders worried about China’s failure to stop a steep drop in its own market, and they were also monitoring a logjam in talks between Greece and its creditors.

Major indexes continued to move as stocks were traded on other platforms such as the Nasdaq.

Stock in the company that owns the New York Stock Exchange Is trading despite the halt on the floor, and it is falling.

The IntercontinentalExchange Group, which bought NYSE Euronext in late 2012, is down 1.7 percent. That compares with a drop of 1.1 percent for Standard and Poor’s 500 index.

Stock of Nasdaq OMX Group, the company that owns the rival Nasdaq market, is down 1.8 percent.

Trading exchanges have been struggled with technical trouble in recent years like that which halted trading on the New York Stock Exchange on Wednesday.

In May 2010, the Dow Jones industrial average plunged hundreds of points in minutes due to mass selling triggered by computerized trading programs. In March 2012, BATS Global Markets, a Kansas company that offers stock trading services, canceled its own IPO after several technical snafus.

Two months later, a highly anticipated IPO of Facebook on the Nasdaq exchange was marred by a series of technical problems, rattling investors unsure if their orders to trade went through. In 2013, trading in options in Chicago was halted due to an outage caused by software problems.

The White House says President Barack Obama has been briefed on the technical issue that has halted trading on the New York Stock Exchange.

The New York Stock Exchange says a technical problem that has suspended trading since late morning is an internal technical issue and not the result of a security breach.

The exchange made the statement in a tweet on its official Twitter account. The trading halt is ongoing and has so far lasted about an hour Wednesday.

The New York Stock Exchange stopped trading in the late morning Wednesday because of a technical issue, though shares continued to trade on other exchanges.

The exchange says in a statement that it is experiencing a “technical issue” that it is working to resolve as quickly as possible. It did not specify the exact nature of the technical issue.

Trading continued on Nasdaq and other exchanges.

NEW YORK (AP) — Trading was halted on the New York Stock Exchange in the late morning because of a technical issue.

The halt occurred at about 11:30 a.m. Eastern time Wednesday.

The exchange said in a statement that it was experiencing a “technical issue” that it was working to resolve as quickly as possible.

Before trading was halted, U.S. indexes were lower as investors worried about China’s ability to stem a stock market slide.

Report of Infant Death in Trenton