The evening’s production is a perpetration of the importance in standing up for what is right while having fun and all through the eyes of a child.

Administrator for the Chillicothe Area Arts Council, Julie Ashbrook, said children ages five through adulthood have showed nothing less than pure enjoyment and satisfaction for shows in the past. She gave a short introduction to the Tuesday evening performance of the STL Metro Theatre’s upcoming show.

“It’s always very interesting, the children’s response to the plays that they bring,” Ashbrook began explaining the play, “This one is called Talkin’ Trash and it was written by a St. Louis Playwright about a St. Louis young boy who was so interested in trash that he started a recycling company. And in the play he moves to a run-down neighborhood and moves in next door to a hoarder.”

Even as the production presents a humorous and entertaining aura, there are distinct underlying tones, tinged with issues of a modern day society.

This performance has been deemed appropriate for children ages five through adulthood by the St. Louis Metro Children’s Theatre.

Doors at the Gary Dickinson Performing Arts Center will open at 6:00 p.m. for ticket sales. Auditorium doors will open at 6:30 p.m. and the play is scheduled to begin at 7:00 p.m. with an estimated running time of approximately one hour.

Adult admission is only $10 and students get in for $5.

Visit Chillicothearts.com for more information about Talkin’ Trash as well as other upcoming events.

Loughner to Return to Missouri 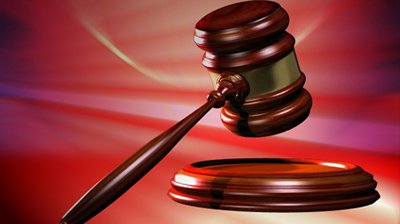 Marshall Resident Due in Court