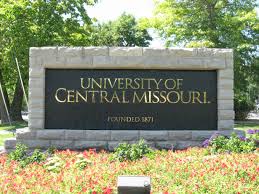 An individual reported shots being fired at 5:30 p.m. in parking lot 48 near Panhellenic Hall, which houses seven sororities at the University of Central Missouri. The incident was reportedly connected to a disturbance involving several individuals who fled the scene, according to a campus wide email sent by Public Safety.

No injuries were reported. No further updates have been released by the University.

Council Cracks Down on Clunkers