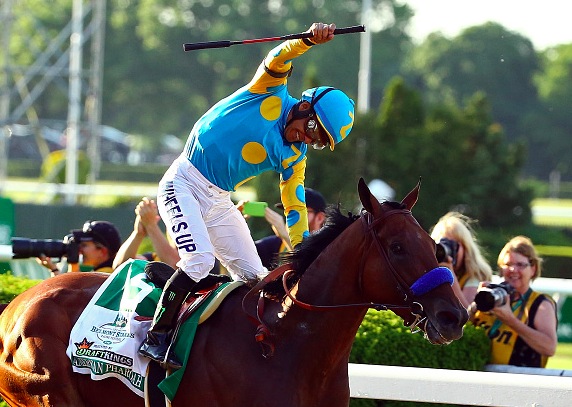 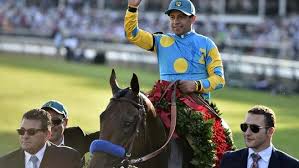 The brilliant 3-year-old colt seized the lead from the start and fought off every one of his seven challengers, and made no doubt he was worthy of Triple Crown glory by refusing to wilt in the final quarter-mile of the 1 1/2-mile “Test of the Champion.” American Pharoah is bred and owned by Amed Zayt of Zayat Stables, LLC, trained by Bob Baffert and ridden in most of his races by Victor Espinoza.  He’s won all 8 of his major races and 3 of his triple crown races including Del Mar Futurity (2014), FrontRunner Stakes (2014), Rebel Stakes, Arkansas Derby, Kentucky Derby, Preakness Stakes, Belmont Stakes. 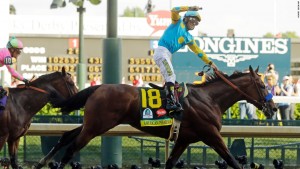 On May 20, The New York Times reported that Zayat had sold breeding rights to the colt to the Ashford Stud, a division of Ireland’s Coolmore Stud, but retained control over the colt and his racing career. Before the announcement, offers for American Pharoah’s breeding rights reportedly exceeded $20 million. After the Belmont, Forbes magazine reported that Zayat had actually sold the breeding rights to Ashford in late 2014, long before he began his Triple Crown run, and that Zayat retained 100% of the racing rights. Forbes went on to estimate that if American Pharoah stood for a $100,000 stud fee, he could be worth $50 million. More conservative estimates placed his potential stud fee at $75,000 and his potential value at about $25 to $36 million. The Times reported breeding rights had been sold for $13.8 million: $9.8 million with an additional $4 million incentive if American Pharoah won the Belmont Stakes.  Zayat retained an undisclosed percentage in the colt’s breeding career, and said the plan was for American Pharoah to retire from racing at the end of 2015.