The High School basketball season well off the ground with season opening tournament taking place all across the area. Here are the scores from Wednesday night of the 56th Annual Northwestern Invitational Basketball Tournament.

The Scores from the 2011 Glasgow Basketball Tournament are as follows:

And in other basketball action last night, from the Savannah Invitational Tournament both boys scores, St Joseph LeBlonde slipped by the Chillicothe Hornets 44 to 42 and Liberty North got by Winnetonka 46 to 35. The Knob Noster Panthers Boys Basketball team fell to the Warsaw Wildcats in the opening round of the Warsaw Invitational last night 57 – 70. Also in boys action from the Tipton Tournament, Smithton fell to Macks Creek by a score of 65 to 52.

Coming up this evening the Carrollton Trojans girls and boys basketball teams will take the short trip north to Tina-Avalon to battle the Dragons. Both of those contests can be heard on 101.3 FM The Grenade.

The Central Missouri Mules built a double digit second half lead then withstood a late charge from Southwest Baptist to
win 75-70 on Wednesday night at the UCM Multipurpose Building. Central Missouri (5-1, 1-0 MIAA) The Mules are now 10-0 under Kim Anderson in conference home openers.
The Mules are back in action Saturday afternoon with a key MIAA matchup against No. 2-ranked Missouri Southern.
No. 25 Jennies win MIAA opener over Southwest Baptist in blowout winning by a score of 86-51 With the win, the Jennies kick off the MIAA season at 1-0 and
are 6-0 overall and their longest win streak to open a season since 1994-95 campaign. They will host Missouri Southern to continue MIAA conference play on Saturday.

Fifth-ranked North Carolina was able to bounce back from its first loss of the season by downing a fellow top-10 team.
Harrison Barnes scored 10 of his 20 points during an 18-5 run that gave the Tar Heels an eight-point lead in the second half of a 60-57 triumph over No. 9 Wisconsin. Tyler Zeller chipped in 12 points and John Hensen grabbed 17 rebounds to help the Heels overcome 42 percent shooting.
North Carolina was coming off a loss to UNLV in the Las Vegas Invitational, which knocked the Tar Heels from the top of the AP rankings.
Jordan Taylor finished with a team-high 18 points for the Badgers, who shot just 36 percent and were outrebounded 42-29.
In other top-25 action, No. 15 Kansas was a 77-54 winner against Florida Atlantic behind Thomas Robinson’s 19 points and 17 rebounds. Tyshawn Taylor added 18 points to the win.
No. 17 Pittsburgh overcame 23 turnovers by out-rebounding Duquesne 39-15 in an 80-69 victory against the Dukes. Ashton Gibbs scored 18 points, Dante Taylor added 15 and Lamar Patterson finished with 10 for the Panthers.
Mike Moser scored 34 points and UNLV needed double-overtime to beat UC Santa Barbara, 94-88. Chace Stanback scored all 19 of his points after halftime to help the Rebels get to 8-0.
David Stockton and Robert Sacre each had 15 points for 18th-rated Gonzaga in a 73-53 rout of Notre Dame. Elias Harris contributed 11 points and 15 rebounds to the victory.
No. 25 Texas A&M shot 0-for-17 from three-point range and still managed to beat Alcorn St. 56-44. Ray Turner’s 16 points paced the Aggies.

Bobby Valentine will be introduced at a news conference today at Fenway Park. The 61-year-old Valentine replaces Terry Francona, who led the Red Sox to World Series titles in 2004 and 2007 but oversaw one of the greatest late-season collapses in big league history this year.
Valentine last managed in the majors with the New York Mets from 1996-02, guiding them to consecutive wild-card berths and one National League pennant. He also won a title with the Chiba Lotte Marines in 2005 and spent last season as a color analyst on ESPN.
Also around the majors, outfielder David DeJesus (deh-HAY’-zoos) and the Chicago Cubs have worked out a $10 million, two-year contract that includes a club option for 2014. DeJesus is a lifetime .284 in nine big league seasons but hit only .240 for Oakland this year. 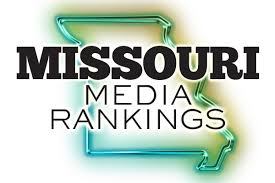