COLUMBIA, MO  A tree killing pest, the emerald ash borer (EAB) is showing itself in 16 new Missouri counties. Collaborative efforts by United States Department of Agriculture, the Missouri Department of Conservation, and the Plant Health Inspection are underway to eradicate the diseased trees and get rid of the exotic beetle.

The first EAB in Missouri was discovered in 2008 and since has spread to 75 counties including the city of St. Louis. 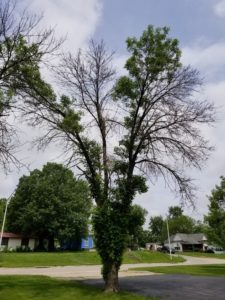 The wood-boring beetle is found in all types of ash trees and feeds on the inner bark disrupting the trees water and nutrients flow. The EAB kills more than 99 percent of the ash trees it feeds on.

It is predicted that the beetle will be found statewide in the next few years.

Forest Entomologist Robbie Doerhoff is urging Missourians with infected ash trees to make plans to either remove those trees or treat them with an insecticide.

“EAB-killed ash trees quickly become brittle and dangerous, so it’s time to consider your options when it comes to ash trees,” said Doerhogg.  “Especially those located  near buildings and driveways.”

The ash trees that have EAB show signs of declining health within four years before it dies. Woodpecker damage, sprouts growing from the main trunk, and major branch loss can all suggest EAB is present.

“Trees with more than 30% crown damage often aren’t good candidates for insecticide treatments,” Doerhoff said. “It is critical to start treatment on ash trees before they look bad.”

Doerhoff said not all insecticides are effective.

The infestations have been found in 35 states.

“Make sure you know what insecticide you or your arborist is using. Not all insecticides are effective or recommended, and treatment options vary by tree size,” said Doerhoff.

EAB infested trees should be burned near your property. The beetles can emerge from ash firewood and logs for up to two years after harvest. It is suggested to buy firewood near where you burn it. Authorities say do not burn the wood more than 5o miles from where it was harvested.

State Entomologist for the Missouri Department of Agriculture Collin Wamsley said the Emerald ash borer was likely introduced into Missouri by infested firewood.

“Many other invasive forest pests such as the Asian long-horned beetle or gypsy moth are capable of hitchhiking long distances on firewood, and in turn, causing harm to Missouri’s 15-million acres of forestland.” 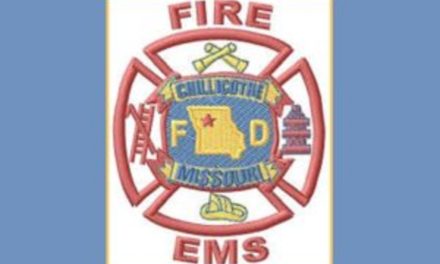