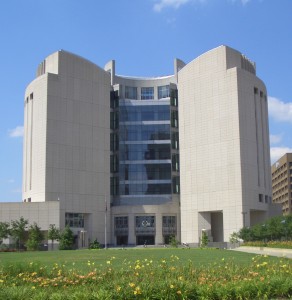 21-year-old Kortlin D. Hughes, and 22-year-old Samuel A. Washington, 22, were charged in a two-count indictment returned by a federal grand jury in Kansas City, Mo.

According to an affidavit filed in support of the original criminal complaint, Hughes and Washington both carried handguns when they entered the bank at approximately 9:30 a.m. One of the men jumped over the teller counter and took money from one of the teller drawers. At one point, the affidavit says, he pointed a gun at a customer and in the face of a bank employee. He also allegedly put a gun up to a teller’s neck and said, “Do you want to die? Where’s the money?” He jumped back over the counter, met the second robber who had stayed in the lobby, and both robbers left the bank. The bank reported a loss of $6,922.

This case is being prosecuted by Assistant U.S. Attorney Christina Y. Tabor. It was investigated by the FBI and the Kansas City, Mo., Police Department.

Two Injured in Crash Near Lexington