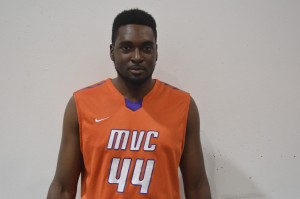 Burton, a first team all-conference selection this season, also topped 1000 career points as a Viking against Avila (Mo.) University on Jan. 11, and his 292 total rebounds this season rank third-all-time in program history in a single season.  Burton finished his career with 1272 total points, which ranks fifth all-time in the program.  His 697 career rebounds ranks second in program history and his 136 blocked shots set a program record.

The Viking men’s basketball program finished with a 15-17 overall record, and a 9-13 record in the Heart of America Athletic Conference. 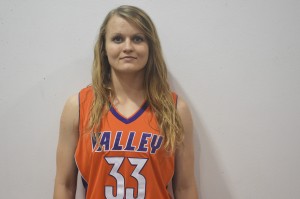 Missouri Valley College women’s basketball student-athlete, Sophomore Forward Deidra, McCoy (Hot Springs, Ark.) has been named to the 2015-16 NAIA Division I Women’s Basketball All-America Team.  McCoy was listed as an honorable mention, and this is the third-straight year a Viking has been honored as an All-American

McCoy finished this season averaging 13.6 points and 5.2 rebounds per game.  She led the team in points per game, total points (368) and steals (39).  McCoy finished the season second on the team in rebounds (140), assists (44) and double-doubles (2).  At the conference level, McCoy finishes seventh in scoring average, fourth in free throw percentage (.785) and had the third-highest single-game point total of the season in a 33-point effort against Culver-Stockton (Mo.) College on Feb. 24.

In addition to her All-American honor, McCoy was a named member of the Heart of America Athletic Conference All-Conference first team. The Vikings finished the season with a 12-15 overall record and a 10-12 record in the Heart.