Monday’s Crop Production report from the Department of Agriculture confirmed expectations of a smaller U.S. corn crop than forecast in August. The U.S. corn crop is now forecast at 12.497-billion bushels – 50-million larger than the 2010 crop – but 417-million smaller than the August forecast. The lower forecast reflects a U.S. average yield of 148.1-bushels – compared to 153-bushels forecast last month. Yield expectations were reduced by 10-bushels in Iowa; nine-bushels in Illinois; six-bushels in Missouri and Nebraska; and five-bushels in Indiana, Kansas and Ohio.
The 2011 U.S. soybean crop is forecast at 3.085-billion bushels – 244-million smaller than the 2010 crop – but 29-million larger than the August forecast. The U.S. average soybean yield is now forecast at 41.8-bushels – 1.7-bushels below the 2010 average – but 0.4- bushel above the August forecast. The yield forecast was unchanged for Illinois; was reduced by one-bushel for Indiana and Iowa; and was increased for Michigan – three-bushels, Minnesota – one-bushel, Nebraska – three-bushels and Ohio – two-bushels.
According to University of Illinois Ag Economist Darrel Good – taken together – the USDA Crop Forecast and World Agricultural Supply Demand estimates are negative for near-term soybean and wheat price prospects. Many observers – however – believe the soybean production forecast will be reduced in October. Good says the reports were generally supportive for corn prices.

Teachers can connect with conservation through FREE MDC teacher portal 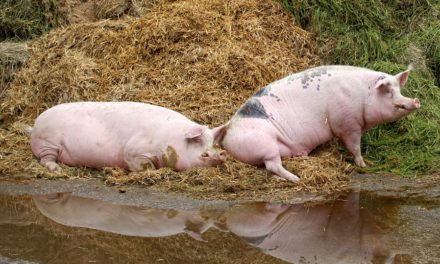