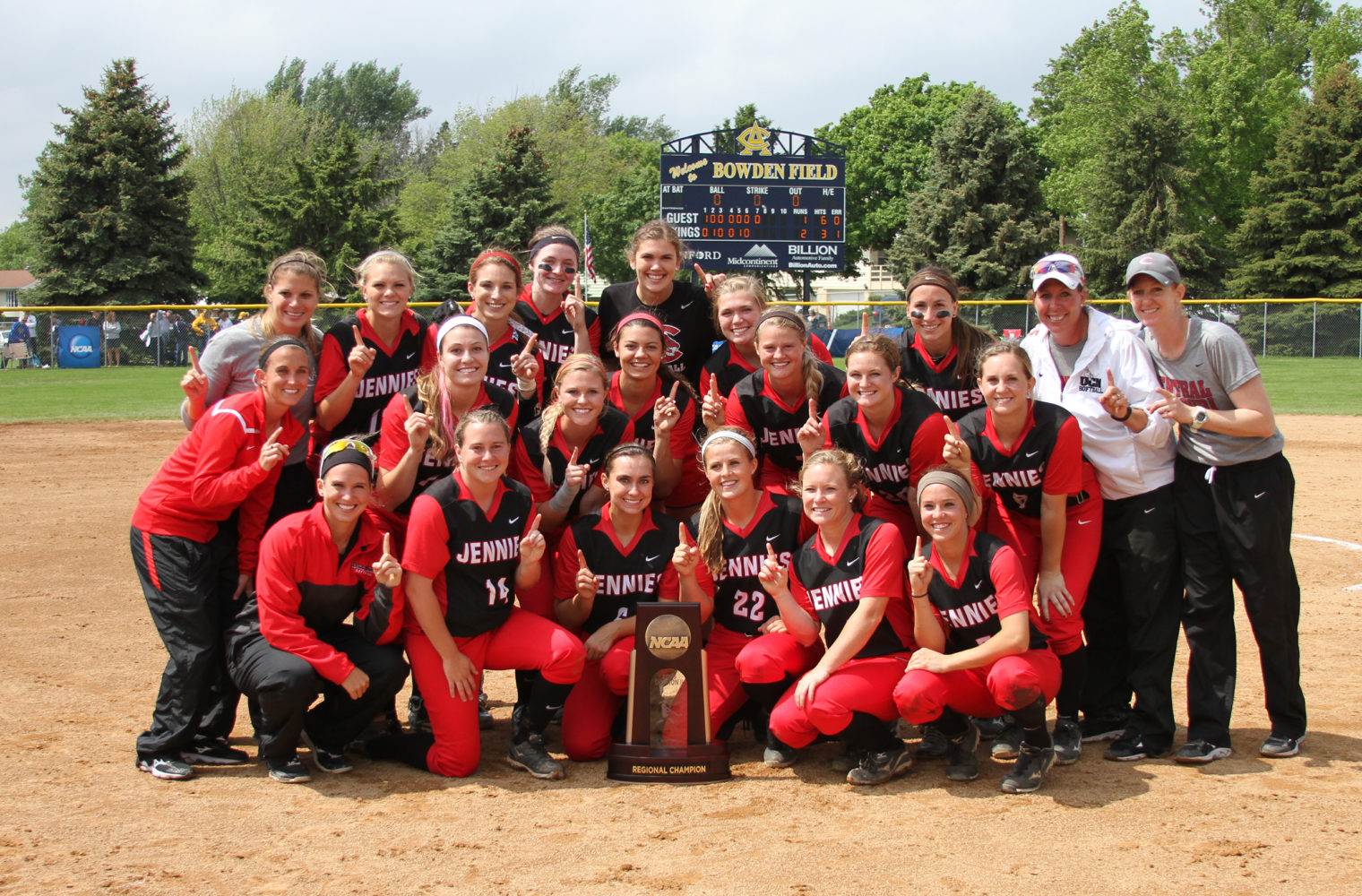 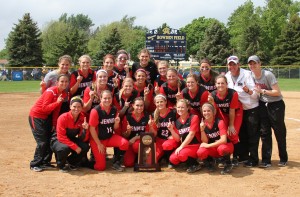 To wrap up the weekend, the Jennies of UCM pulled out a nail biting 2-1 victory over Augustana College this last Saturday.  Solo home runs by Lauren Mabe and Carlie Rose gave the 20th-ranked Jennies all the offense they would need to pull out a victory over ninth-ranked Augustana.

Lauren Mabe belted her solo shot on a two-two pitch over the right field fence to lead off the bottom of the second which tied the game at 1.  The Vikings then threatened the Jennies with two solid innings in a row but Ali Jo Rogers’ and Makayla Schoonover’s defense kept the Vikings scoreless heading into the fifth. Rose then gave the Jennies a 2-1 lead in the bottom of the fifth when she lifted a three-one pitch high over the wall in left for the Jennies’ second homer of the game.

After sitting the Vikings down in order in the sixth and pitching out of a tough jam in the seventh,  Katie Shockley had another solid outing, allowing just one run on six hits in a complete-game effort. In the two games of the Super Regional she allowed one run on 10 hits in 14 innings of work against the high-powered Augie offense.

The Jennies advance to their first World Series since 1994, when head coach Susan Anderson was a player for the Jennies. With the win, the Jens also tied the school record for wins in a season with their 49th. The Jennies will open Division II Championship play on Thursday, May 21 at 7:30 p.m. at ASA Hall of Fame Stadium in Oklahoma City against Adelphi University out of Garden City, NY.