Voting is going on now to bring the Union Pacific Railroad’s Great Excursion Adventure through Missouri- traveling through towns such as Boonville, Marshall, and Lexington, just to name a few.  KMZU’s Chasity Anderson spoke with Ben Jones, the Director of Public Affairs for Union Pacific…

The four finalist tour routes were determined by steam locomotive fan voting November 9 through December 6, 2010.  The final four segments are:

• The Tuscola Turn: Starting in Boone, Iowa, the tour segment travels east through Marshalltown, Cedar Rapids, Mt. Vernon, De Witt, and Clinton. It continues toward Chicago through the Illinois communities of Rochelle, DeKalb, West Chicago, Glen Ellyn and Proviso, turning south to Woodland and Villa Grove before concluding in Tuscola.

• The Baton Rouge Rambler: Starting in Dallas, the tour segment runs east through the Texas communities of Mesquite, Wills Point, Grand Saline, Mineola and Longview. It continues in Louisiana through Shreveport, Natchitoches and Alexandria before concluding in Baton Rouge

• The Boise Limited: Starting in Salt Lake City, the tour segment travels north in Utah to Ogden and Brigham City. It continues to Pocatello, Idaho, where it heads west to American Falls, Shoshone and Mountain Home before concluding in Boise.

The winning tour route will be announced January 18.

In addition to route voting, five individuals who score the most contest “points” will win two tickets each for a special leg of the tour, as well as lodging and air fare. The person with the most points will be awarded the title of “Honorary Engineer” and given the opportunity to ride in the locomotive cab.

Individual contest winners will be notified January 19. Here is how the contest works:

• Participants go to www.upexcursion.com January 4-17 and vote for their favorite routes. One of Union Pacific’s legendary and rare steam locomotives will travel the route with the most votes.

• The potential tour routes were determined by fans who nominated and voted online for their hometowns, combined with the ability of the steam equipment to visit specific locations, scheduled railroad maintenance programs and other factors.

• By voting for their favorite route at www.upexcursion.com, participants earn a point each day they vote, but can cast just one vote daily.

• By sharing with friends and followers via Facebook and Twitter, participants gain a referral point for every new verified participant who votes as a direct result of clicking on a referral link they share.

The timing of the tour will be based on the location of the winning route. Complete rules and restrictions for Union Pacific’s Great Excursion Adventure – You Route the Steam are published at www.upexcursion.com.

No. 844 celebrated its 50th anniversary of special train service out of Cheyenne, Wyo., in 2010. It is the last steam locomotive built for Union Pacific Railroad and was delivered in 1944. Formerly a high-speed passenger engine, it pulled such widely known trains as the Overland Limited, Los Angeles Limited, Portland Rose and Challenger.

Many people know the engine as the No. 8444, since an extra ‘4’ was added to its number in 1962 to distinguish it from a diesel numbered in the 800 series. The steam engine regained its rightful number in June 1989, after the diesel was retired.

When diesels took over all of the passenger train duties, No. 844 was placed in freight service in Nebraska between 1957 and 1959. It was saved from being scrapped in 1960 and held for special service.

The engine has run hundreds of thousands of miles as Union Pacific’s ambassador of goodwill.  It has made appearances at Expo ’74 in Spokane, the 1981 opening of the California State Railroad Museum in Sacramento, the 1984 World’s Fair in New Orleans and the 50th Anniversary Celebration of Los Angeles Union Station in 1989. During the 1990s, No. 844 pulled numerous Denver Post Cheyenne Frontier Days specials and visited several Oklahoma cities during the Oklahoma Centennial in 2007.  Earlier this year, No. 844 traveled to Harlingen, Texas, and Milliken, Colo., to be a part of those communities’ heritage celebrations.

Hailed as Union Pacific’s “Living Legend,” the engine is widely known among railroad enthusiasts for its excursion runs, especially over Union Pacific’s fabled crossing of Sherman Hill between Cheyenne and Laramie, Wyo.

Union Pacific Challenger No. 3985 was designed by Union Pacific and built in 1943 by the American Locomotive Company. It is one of 105 Challengers built for Union Pacific between 1936 and 1943 and is the only operating engine of its class in the world today – the largest and most powerful operating steam locomotive.

No. 3985 last operated in “regular” train service in 1957. It was retired in 1962 and stored in the roundhouse in Cheyenne, Wyoming, until 1975 when it was placed on display near the Cheyenne depot. A group of Union Pacific employees volunteered their services to restore the locomotive to running condition in 1981.

The name Challenger was given to steam locomotives with a 4-6-6-4 wheel arrangement. This means that they have four wheels in the leading “pilot” truck, which helps guide the locomotive into curves; two sets of six “driving” wheels; and, finally, four “trailing” wheels, which support the rear of the engine and its massive firebox. Each set of driving wheels has its own steam cylinder. In essence, the result is two engines under one boiler.

The Challengers were designed for fast freight service, but occasionally pulled passenger trains. No. 3985 originally burned coal and pulled a tender with a 32-ton capacity. In 1990, it was converted to use No. 5 oil. The top speed of No. 3985 is about 70 miles an hour.

No. 3985 has traveled thousands of miles to be either on display or pulling special trains including the 50th Anniversary of Santa Clause Special in Kingsport, Tenn., in 1992; Super Bowl XXXVIII in 2004 in Houston, Texas; on the Pacific Northwest Tour to Portland, Ore., in 2005; the 2007 Colorado State Fair special to Pueblo; the Upper Midwest Tour to St. Paul, Minn., in 2008; and multiple Frontier Days specials in Cheyenne, Wyo. 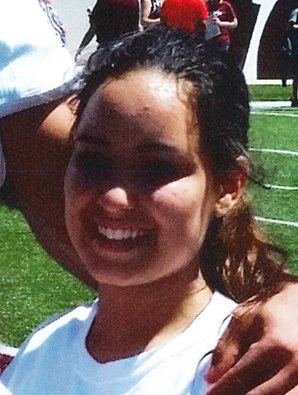