According to MoDOT, an extended portion of U.S Route 36 in Caldwell, Linn and Livingston counties is now closed due to flooding. U.S. Route 36 from Route 13 in Hamilton to Route 5 just west of Brookfield is now in place.

This comes less than two hours after authorities in Livingston County shut down 36 Highway east of Chillicothe due to water over all lanes of the road near Wheeling.

The Grand River is expected to continue rising throughout the week and weekend and area residents are advised to brace for more devastating flooding.

Motorists in the area should plan alternative routes.

LIVINGSTON COUNTY, Mo. — MoDOT officials have elected to close all four lanes of U.S. 36 Highway in Livingston County east of Chillicothe due to flooding. 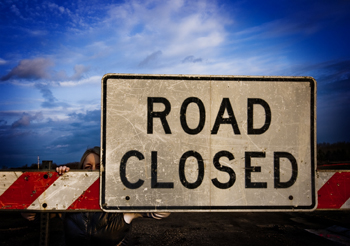 According to the Livingston County Sheriff’s Office, all lanes of 36 Highway are fully submerged with water at Wheeling, just east of Chillicothe.

Drivers in the area should plan alternative routes and follow MoDOT road signs.

36 Highway is still open west of Chillicothe, however traffic has been reduced to two lanes. It is unclear when the western portion of the roadway will close, however water continues to rise, and closure of all lanes west of Chillicothe in the coming days is increasingly likely.

A Boone County man is in custody on one felony sex charge, bond set at $500k