PRESS RELEASE: (Washington, D.C., June 17, 2020) – U.S. Secretary of Agriculture Sonny Perdue today announced the U.S. Department of Agriculture (USDA) will extend the contracts of select vendors from the first round of the Farmers to Families Food Box Program. 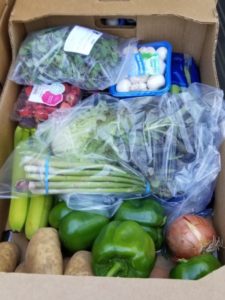 Between May 15 to June 17, distributors have delivered over 17 million food boxes to approximately 3,200 non-profit organizations across the United States including Guam and Puerto Rico.

“These extensions are a testament to the great work done by these vendors in support of American agriculture and the American people. They are also a testament that the program is accomplishing what we intended – supporting U.S. farmers and distributors and getting food to those who need it most. It’s a real trifecta, which is why we call it a win-win-win,” said U.S. Secretary of Agriculture Sonny Perdue. “The efforts of everyone involved form the backbone of the Farmers to Families Food Box Program and its goal to help fill the hunger gap in all of our communities.”
Background:
USDA is exercising this option to extend contracts for current distributors for the next performance period, July 1- Aug. 30, for up to $1.16 billion of food. The decision to extend current contractors was determined based on their performance since May 15. Some vendors were extended without any adjustment to their delivery amounts, while others’ amounts or locations were adjusted based on their demonstrated abilities to perform or at the vendor’s request.
In line with our commitment to oversight, these extensions continue to require audits to ensure food safety plans are being followed, 100% U.S. grown and raised food is being procured and delivered, and food products meet all of USDA’s high-quality standards. The government chose not to extend some vendors’ contracts either in part because of concerns brought up during audits or for performance challenges. Additionally, some contracts were not extended at the vendors’ request.
Between May 15 to June 17, distributors have delivered over 17 million food boxes to approximately 3,200 non-profit organizations across the United States including Guam and Puerto Rico.
USDA is continuously evaluating how to expand access to the program in areas that are underserved and is in the final stages of determining cities and states who have been affected by the economic impacts of COVID-19 and where additional food boxes are in demand. These underserved areas will be specifically targeted with distributors who will assist in filling the gaps.
In addition, USDA will begin new contracts with a few vendors whose offers were not previously accepted due to technical errors in their proposals. USDA has reviewed these proposals and found they demonstrate that these firms can meet the program’s distribution and delivery requirements. These distributors will have an increased focus on Opportunity Zones in order to direct food to reach underserved areas, places where either no boxes have yet been delivered, or where boxes are being delivered but where there is additional need. We will also solicit additional contracts to ensure continued distribution of food boxes.
More information about the Farmers to Families Food Box Program is available at www.usda.gov/farmers-to-families. 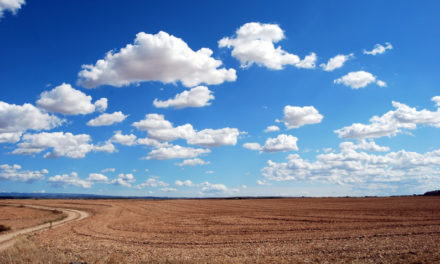 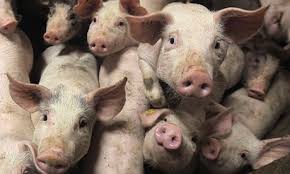 PRRS Resistant Pigs: A large leap for the swine industry