WASHINGTON –Agriculture Secretary Tom Vilsack announced that USDA has issued a loan guarantee that will allow a biofuels firm to construct a facility in New Mexico to produce “green crude” oil from algae which can be refined into transportation fuel. The project is intended to advance American efforts to provide renewable commercial-scale biofuels, increasing energy security and reducing dependence on foreign oil. The project is expected to create 60 jobs in the community of Columbus, N.M.
“The Obama Administration is committed to providing support for renewable energy production which will safeguard national security and create jobs in rural America,” said Vilsack. “This project represents another step in the effort to assist the nation’s advanced biofuel industry produce energy in commercial quantities from sustainable rural resources.”
The loan recipient, Sapphire Energy, Inc., intends to design, build and operate a $135 million integrated algal biorefinery (IABR) in Columbus, N.M., for the production of advanced biofuel that is a “drop-in” replacement for petroleum derived diesel and jet fuel. The IABR will be capable of producing 100 barrels of refined algal oil per day, equivalent to at least one million gallons per year. The oil will be shipped to the United States Gulf Coast to be refined by Sapphire’s refinery partner, Dynamic Fuels, located in Geismar, La.
The funding is provided through USDA’s Biorefinery Assistance Program. On December 3, 2009, USDA issued a conditional commitment for an 80 percent guarantee on a $54.5 million loan. The loan closing and issuance of the Loan Note Guarantee for this project took place on October 21, 2011.
The announcement is in concert with the objectives of the Renewable Fuel Standard, known as RFS2, which reaffirmed the goal of producing, by 2022, 36 billion gallons of biofuels to include 21 billion gallons of advanced biofuels.
Producing fuel from algae is seen as one way to provide for domestically produced fuel for commercial and military use. USDA is partnering with the Department of the Navy as it embraces a biofuel future. USDA has also signed a Memorandum of Understanding with the Federal Aviation Administration (FAA) to help the commercial airline utilize biofuels as jet fuel. Under the MOU, the USDA and FAA are working together with the airline industry to develop appropriate feed stocks that can be most efficiently processed into jet fuel. Doing so will decrease the industry’s current dependence on foreign oil and help stabilize fuel costs in the long run.
Since taking office, President Obama’s Administration has taken historic steps to improve the lives of rural Americans, put people back to work and build thriving economies in rural communities. From proposing the American Jobs Act to establishing the first-ever White House Rural Council – chaired by Agriculture Secretary Tom Vilsack – the President wants the federal government to be the best possible partner for rural businesses and entrepreneurs creating job opportunities and for people who want to live, work, and raise their families in rural communities.
USDA, through its Rural Development mission area, administers and manages housing, business and community infrastructure and facility programs through a national network of state and local offices. Rural Development has an active portfolio of more than $155 billion in affordable loans and loan guarantees. These programs are designed to improve the economic stability of rural communities, businesses, residents, farmers and ranchers and improve the quality of life in rural America. 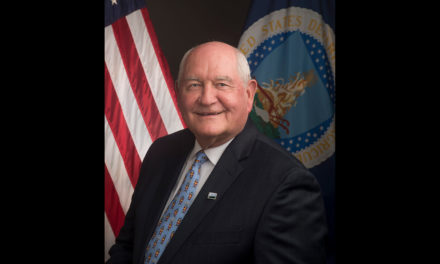